Spreading a layer of mulched vegetative material over the soil is the single best thing you can do for your garden, according to mulching educator and enthusiast Paul McLaren. 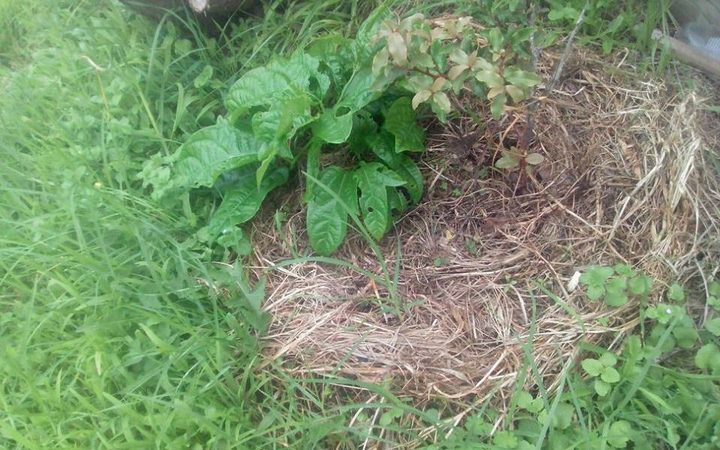 Nights listeners will be aware the programme has had a bit of a weedy theme over the past few months.

Jenny Seabrook, from Australia, told host Bryan Crump that weeds can sometimes be an ally in the garden by helping soil recover and keeping it moist.

Then Colin Muerk from Manaaki Whenua - Landcare Research answered questions on weeds in the New Zealand environment and pointed out the need to prevent even relatively benign weeds from crowding out garden plants and removing them before they seed.

Paul McLaren, from Coopers Beach in Northland, says that over time he's become more and more enthusiastic about the benefits of mulch.

Now he runs workshops on it.

Paul bought his first electric shredding machine in 1986, and it's still in good working order.

A layer of mulched vegetative material covering the surface of your soil has many compelling advantages, he says.

Mulch prevents the scorching and drying effects of sun and wind from reaching the soil’s surface and holds moisture in the ground.

It largely suppresses weeds, and those that do grow are easier to pull out of the damp soil.

And it also slowly turns into compost.

Paul likes to put any garden material he can through the shredder, but says nothing beats leafy material chopped up “a bit like damp confetti”.

To create woodier matter, he runs a powerful lawn mower over materials like tough grasses and fern fronds.

Lawn clippings will compact down to a slimy layer if they’re not mixed with tougher, woody material, he says.

After laying down mulch around plants he'll contain it with a "collar" of Kikuyu grass, or a tyre.

Mulch applied regularly in the summer will last a few months, he says.

Why your garden needs weeds 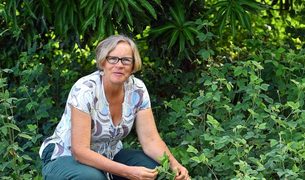 The scruffy weed-filled corner of your yard could be the key to making a thriving garden. Eecologist Wendy Seabrook makes the case for weeds. Video, Audio

Getting on top of your weeds 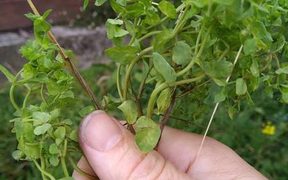 Queensland ecologist Wendy Seabrook talked about how to get weeds to work for you in the garden a few weeks ago, but what about the weeds we have in NZ? Ecological scientist Colin Meurk comes to the… Audio, Gallery

Listen duration 33′ :02″
Add to playlistPlaylist
Download
Getting on top of your weeds 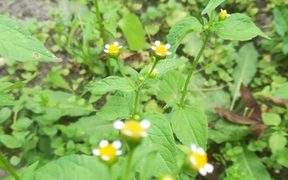 Weeds are clearly flourishing in New Zealand gardens judging by the interest on RNZ Nights.Colin Meurk is back by popular demand to identify your weeds and to talk about Nights' NatureWatchNZ project.