Why your garden needs weeds

The scruffy weed-filled corner of your yard could be the key to making a thriving garden.

Ecologist Wendy Seabrook has long argued the case for keeping a few weeds around the place. 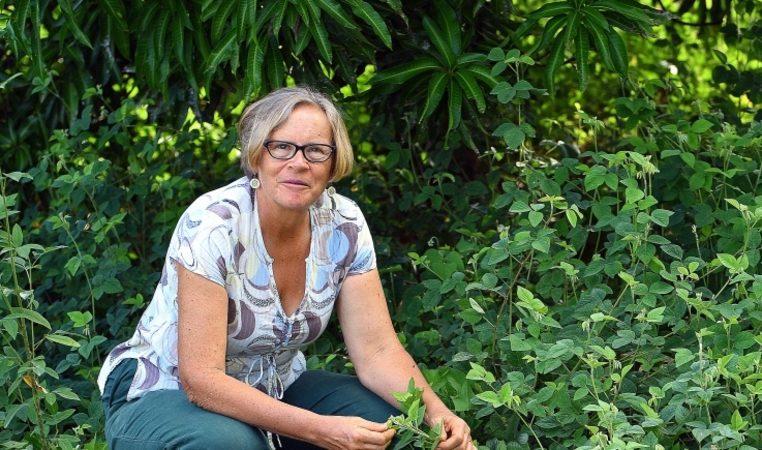 Dr Seabrook, originally from the UK and now in northern Queensland, points out that, used well, weeds can play an important role in making a thriving garden and protecting against drought.

Weeds are “pioneering plants” that can be an indicator of compacted ground or soil lacking in oxygen.

“They’re plants that come into degraded soil … that nothing [else] is growing in, because nature wants to cover soil.”

Seabrook’s lightbulb moment was 20 years ago, at her farm in north Queensland, where sicklepod, listed as a noxious weed, was growing. She was intent on getting rid of it until a soil scientist pointed out the surrounding grass was greener and more lush than in areas free of the weed.

Rather than out-completing the grasses it was fixing nitrogen from the air and adding it to the soil, making the nutrient available for nearby plants.

“We need to look at what weeds are doing rather than just thinking weeds are a bad thing,” Seabrook says.

Many weeds are deep rooted, helping to bring nutrients closer to the surface, and loosening compacted ground.

And it’s compacted soil that worsens the effect of drought; the harder the surface, the more likely rainfall is to flow off rather than be absorbed into the ground, as Seabrook’s home experiment reveals.

Seabrook adopts the ecological approach, which she argues is an easier and cheaper way to grow crops using the “free ecological services” nature can provide.

These methods - including using plants to break up soil compacted by years of ploughing - have been adopted by large scale commercial farmers Gabe Brown and David Brandt in the United States, and Colin Seis in Australia, among others.

“After years of ploughing and cultivating the soil they have become a little bit like the canary in the coal mine. They’re doing some really innovative things.”

Gardeners can adapt some of their techniques to a smaller scale, Seabrook suggests.

To prevent weeds taking smothering crops, plant other crops with them, she says. A farmer in her region is growing bush beans with his potato crop. Others use “cover crops” - up to 20 different species to attract beneficial insects and break up hard surfaces.

“Look at what that plant is doing and be really responsible about environmental weeds.”

She cuts down the sicklepod plants, still growing on her property, before they set seed.

“That way I can  incorporate all that biomass into the soil to give my soil organisms a lot of food to eat, and at the same time I’m taking responsibility and not allowing it to seed.”

On her property, the soil is much better than when she first settled there. “I’m not having to irrigate so much, and its getting easier to grow some of the more sensitive plants”

“If the weeds are there and you can’t do anything about it at the moment, then use them. But if not, try and work with species that do the same sort of job but are more ideal.

A healthy soil, with less compaction, more oxygen and more aggregate structure is the best way to get rid of weeds in the long term, Seabrook says.