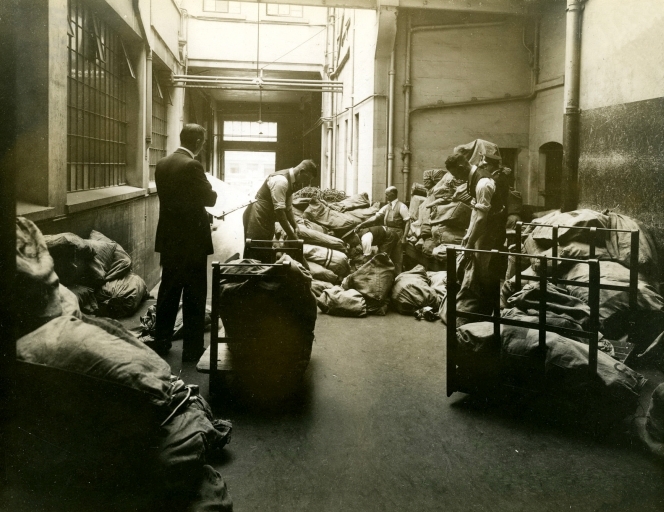 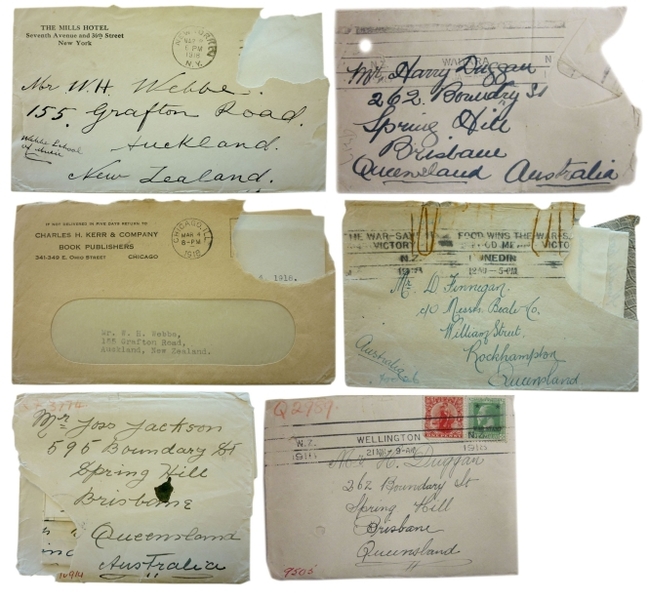 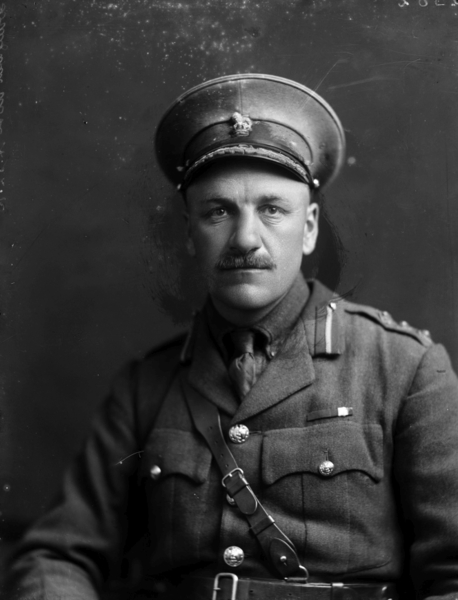 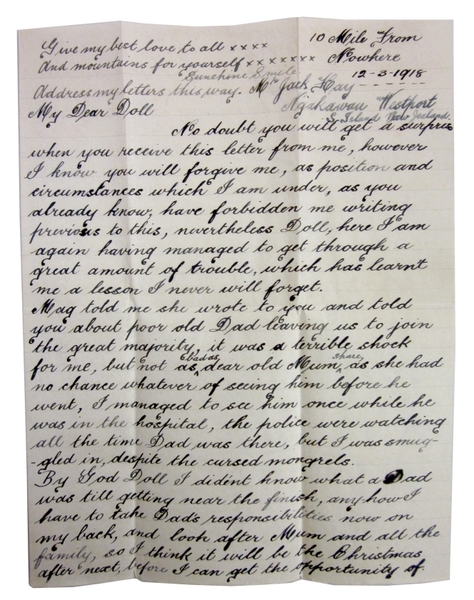 Researcher Jared Davidson talks about censorship and surveillance of mail in New Zealand during the Great War.

Did it begin as soon as the war began, pretty much?

Pretty much. Once war broke out, the military asked university lecturers who were language experts to be censors, but they were paid for every mail and every post letter that they censored and they were soon racking up this massive bill that the defence department couldn’t afford.

In October they actually branched out and got in postal clerks from the post office. You had a team of nine censors working across the country under the head of… his official title was property clerk, but he was the deputy postal censor, his name was Walter Tanner. He led this team of censors and interestingly enough, he used this experience to go on to be the head censor after the First World War.

He censored the film All Quiet on the Western Front, he also censored James Joyce’s Ulysses. That’s another thing. 1916 cinematography censorship was put in place as well, so the First World War has a lot of roots for modern day surveillance and things.

Was it just nine censors in the post office?

You had Walter Tanner who was running this team. He reported directly to Colonel Charles Gibbon, who had quite a lot of ties with Defense Minister James Allen, he shared things with the Solicitor General Sir John Salmond, but basically under Walter Tanner there were two censors in Auckland, Wellington, Christchurch and Dunedin, but in saying that, in places like Samoa and Matiu Somes Island, where you had internment, the camp commandants and their own postal service as well and were censoring internees’ mail. In fact, in terms of censorship of mail, 3000 letters per month between internees were censored and over 19,000 letters per month to neutral countries around the world were censored, so that gives you an idea of the scale.

How much mail did they go through all together?

It’s hard to quantify it because there are some reports from the end of the war, but it started off pretty patchy. Based on Tanners’ reports and those figures to neutral countries and mail to and from internees, it would be over 1.2 million letters, and that’s not including those marked people under surveillance as well.

If letters had pages removed or were not arriving, people must have known that there were censorship going on, and were people therefore writing in code and trying to get around the censors? 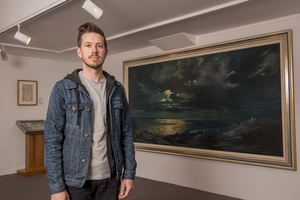 It is interesting, so the sale of invisible ink was banned in 1917. Walter Tanner kept these lovely reports and he does talk about deciphering code and heating up invisible ink with irons, but it’s all of a comical nature, so it seems like people were having a bit of a laugh at the authorities.

Like the underground network of Irish objectors, there were an underground mail systems, so seamen were smuggling mail in and out up until March 1916 when the authorities really clamped down on control of the ports.

You had people like a priest who was identified by the Canadian authorities as someone to watch out for and when he arrived in New Zealand he was stopped at the ports and his waistcoat was opened to have all of this letters hidden inside him.

People were definitely aware that censorship was happening. It was advertised, but people were going about trying to find their own ways around it.

Did surveillance stop when the war stopped?

Not at all. So in fact, censorship of mail officially stopped in November 1920 and you had people in parliament complaining all through 1919 about that.

Why were they censoring and checking mail then?

If you look around at society at that time both in New Zealand and around the world, it was a real time of turmoil. You had people coming back from the war who were not happy with the conditions and their treatment, you had the rise of political parties such as the New Zealand Labour Party and the Communist Party of New Zealand was in its formation period as well. You had what was called the Red Scare, the fear of Bolshevism. That fear of the Red Scare meant that the authorities thought it would be beneficial to keep Walter Tanner on board to keep an eye on things.