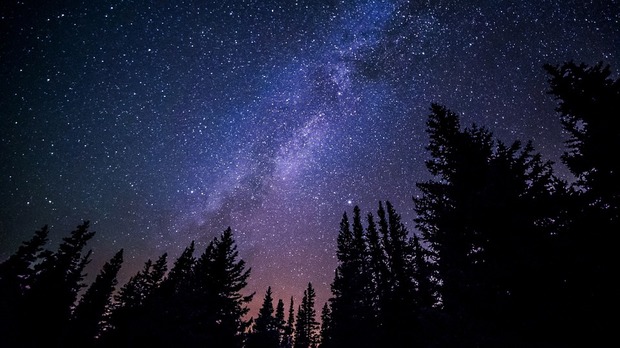 Next month just before dawn New Zealanders will celebrate Matariki – the Māori New Year – the rising of the star cluster known as Pleiades.

Professor Rangi Matamua is curator of a Waikato Museum exhibition about the history and meaning of Matariki - Te Whānau Mārama: The Heavenly Bodies. He shares Māori understandings of the night sky with Bryan Crump:

Tāne, the god of the forest, forced Rangi (Ranginui) the sky father and Papa (Papatuanuku) the earth mother apart. Why – having created a void between earth and sky – did Tāne then put stars in it?

Rangi: He was concerned that when he pushed Rangi and Papa apart that there was no light in the world. And this is a truncated version of the story. People say when he separated his parents light flooded into the world. Well, no. When he separated his parents it was still dark. There was no light. So he travelled to see his two siblings Tangotango and Wainui, who are the parents of Te Whānau Mārama, or the Family of Light. The children were the sun, the moon, all of the stars. Hinātore is a phosphorous light, Parikoikoi is a gloomy light, and the last child of the six was Hinerauāmoa, a petite star. He asked his siblings ‘The world is in darkness. Give me your children to adorn our father’s chest so light shines across the breast of our mother‘. They agreed, so he went through that journey to put them in the sky. That’s how Māori understand the origins of Te Whānau Mārama. Hence the name of the exhibition.

Did the stars and the moon come before the sun?

No, the sun is the oldest. The second oldest was the moon, the third was the stars. Then you have a phosphorous light, a gloomy light and a very small, petite star. Originally they were hung in the first house ever constructed on earth – a house called Hui-te-Rangiora. And Tāne took them from that house in a basket and carried them into the sky. Now, that basket where the stars were contained, it’s name was Mangaroa, or the great fish, the great shark. That’s the Māori name for the Milky Way. So when you look up into the night sky and look into the Milky Way – that massive dark pattern that runs through the middle of the sky – you’re actually looking back inside the basket and the stars are spilling on to the sides of the basket. That is looking back inside the mouth of a kete, or woven basket, that Tāne tipped upside down.