7:12 Sweeping history under the rug

Audrey Truschke wrote a biography of Aurangzeb, the major Mughal king who fought Shivaji. And in accordance with legal advice, she had to alter some parts of the Indian edition. She's on the show to talk about her research and whether we forget history, or change it. 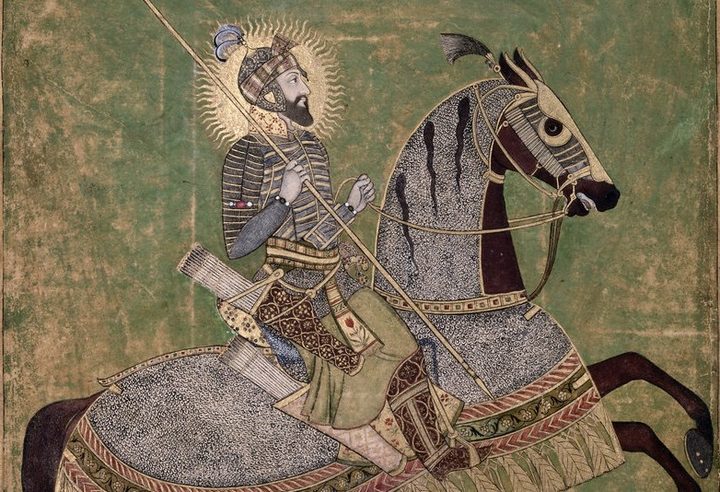 Aurangzeb Horseback | This portrait of the Mughal Emperor Aurangzeb mounted on a horse, and ready for battle, was originally produced circa 1660. Photo: Unknown

William Dart looks over the career of Manchester Orchestra from Atlanta, Georgia, including their newest album A Black Mile to the Surface.

The Magic Taro by Alice Tawhai, from her collection 'Festival of Miracles' published by Huia Press.The music is a traditional Samoan lullaby ‘Moe’oe pepe’ sung by Pena Ramoni from

Pakistan was founded as a homeland for the Muslims of the Indian sub-continent, but religion, nationality and gender have caused faultlines in the region. As the country marks its 70th anniversary this week, our "Window on the World' feature asks:  Has Pakistan has lived up to the vision of its founder, Mohammad Ali Jinnah - to create a unified national identity for the country with Islam as the great unifying factor?

Sweat. The word's become shorthand for hard work and discomfort but without it human life just wouldn't be the same. So why do we sweat? What is sweat? Why does it make us smell? Alison Ballance and Simon Morton head to a heat chamber to sweat it out in the name of science.

This Way Up highlights now, and voluntary carbon offsetting schemes. Air New Zealand and Jetsar offer them as part of their service - and if you're keen to offset the carbon associated with your travel there are lots of other options available - but which ones are best, and where does all the money go?