Paul Brennan will be talking to Carac Group managing director John Burling about his latest invention, the Towlock, a device that prevents tow ropes from unhitching off a vehicle's towball. 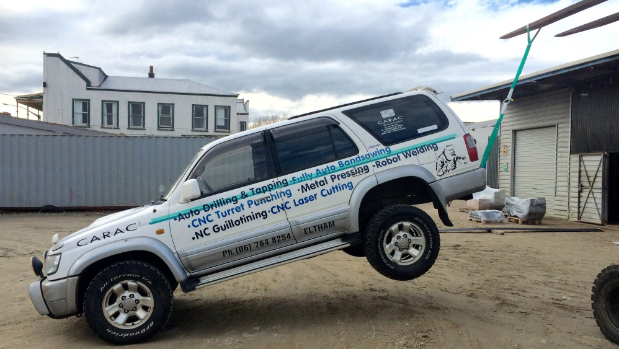 In The Sampler this week Nick Bollinger talks to Benjamin Booker about Mexico, Mavis and his sophomore album, and reviews a set of country songs abot passsion's pitfalls from John Moreland, while Elliott Childs assesses the latest from Canadian D.I.Y. exponent Mac Demarco.

Making the numbers add up is Dr. Dillon Mayhew from Victoria University's School of Mathematics, Statistics and Operations Research.

Farmers committing suicide in India has been in the news for quite some time and this story is about how it has impacted the mental health of communities. As too much rain or droughts continue to destroy crops making farmers unable to pay debts, families fear that their breadwinners could be the next to kill themselves. Children in many villages in the affected states don't go to school and rather follow their fathers wherever they go to make sure that they don't harm themselves. Schools have recorded increasing number of disturbed children who seek permission to go back home early in the day to see that everything is fine. A staggering 300,000 farmers have killed themselves in India over the past 20 years, and the highest was in Maharashtra state with 60,000. Navin Singh Khadka follows families in Marathwada, the worst hit district in the state that saw more than 400 farmers commit suicide last year.

A driver of the economy or a killer of our waterways? A trusted source in China of safe baby formula, or a product marketed by perhaps the most sophisticated marketing campaign New Zealand has ever seen? What does dairy mean here and overseas? These hot-button topics are tackled by Roy Meares, creator of the Anchor family tv commercials; Dr Jason Young, Senior Lecturer in Political Science and International Relations at Victoria University of Wellington and a Research Fellow at the New Zealand Contemporary China Research Centre; and Dr Tim Mackle, Chief Executive of DairyNZ. This session is chaired by lawyer and commentator Linda Clark.