It's a bit early to go looking now, but if you head out with a torch after dark, or just hang out under a streetlight, you're bound to spot them.Robert Hoare is a scientist from Landcare Research who specialises in moths. 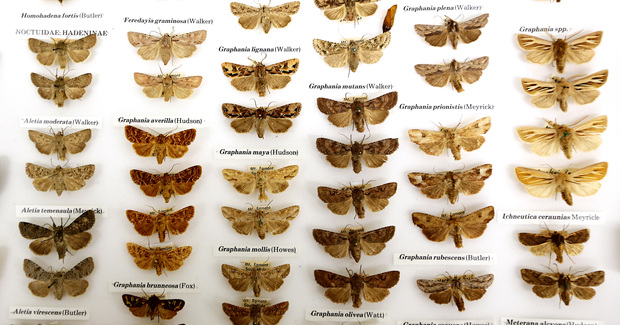 On At The Movies, Simon Morris reviews a holiday full of Oscar hopefuls - but how many were actually deserving?

Turkey has offered to build a mosque in the Estonian capital - there is no mosque currently. Few words about the local Islamic community and people's attitude towards Muslims, especially in the light of the controversial "Muslim ban" by Trump administration.

Our Window on the world tonight reveals  the illegal trade in baby chimpanzees, captured in Africa and exported to the Gulf or Asia as pets or for private zoos.