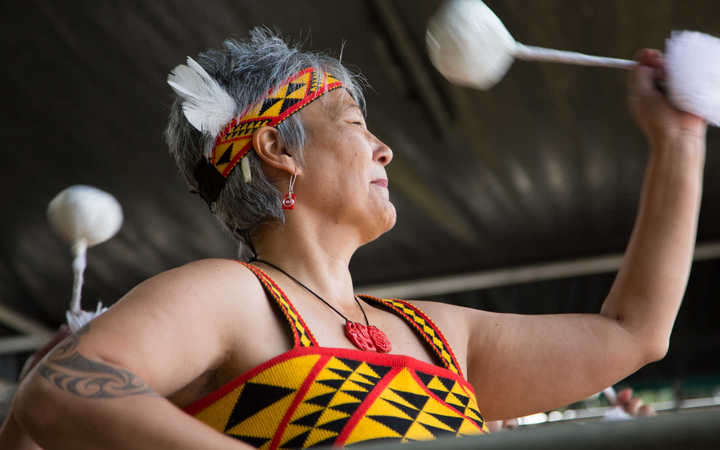 The Patea Maori Club is celebrated alongside Dalvanius and the song in Poi E Photo: poiemovie.co.nz

Methodist lay-preacher John Thornley with the sixth part of his series exploring the spiritual side of songs. Tonight he looks at "Poi E" and 'Ngoi Ngoi', by the Patea Maori Club.

Simon Morris reviews two movies, both starring Amy Adams, that are being tipped for Oscar nominations - Nocturnal Animals, a romantic, noir-ish tale of betrayal and revenge, and Arrival, a twist on First Contact with extra-terrestrials. Plus, Dan Slevin talks to David McKenzie, director of the acclaimed Hell And High Water.

Editor of the International section of Estado de Minas, the main daily newspaper of Minas Gerais, Pablo Pires Fernandes reports from the Federative Republic of Brazil.

What are vegan shoes really made of and are they good for the environment?

We begin with the first of a four part serial of Book Ends by Roger Hall, plus "The Assassin Bug" by Sue McCauley, told by Catherine Wilkin.

Nick Tipping hosts a journey through the jazz spectrum playing favourites, standards and new releases along the way. Tonight we push the envelope a little, taking in Tierney Sutton singing Sting, John Scofield playing Dolly Parton, and The Bad Plus playing Crowded House. Plus, we take a trip to Cuba with the Jazz at Lincoln Center Orchestra.