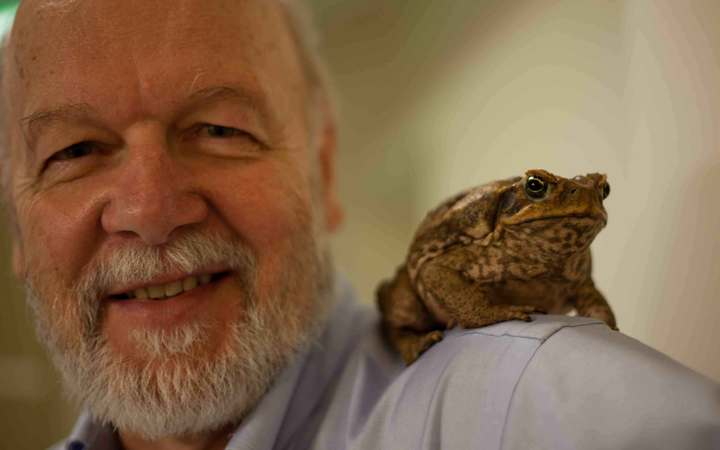 Professor Rick Shine from the University of Sydney has recently been awarded the Australian Prime Minister's Prize for Science for his innovative research helping protect the country's native animals from the threat posed by cane toads. You can find more on his research here.

William Dart surveys the recording career of Freakwater, the alt-country band from Louisville, Kentucky fronted by Janet Bean and Catherine Irwin, including their recent release Scheherazade.

RNZ Concert Sound Lounge presenter Charlotte Wilson celebrates the birthday of Douglas Lilburn, and gives us a taste of a new release by one of his students, NZ composer Jenny McLeod. Plus we'll hear about the Resound project, which is breathing new life into past recordings of NZ composers.

In his new book, 'Protecting Paradise: 1080 and the fight to save New Zealand's wildlife', writer Dave Hansford takes a look at the use of the controversial toxin 1080. The Science Media Centre's Peter Griffin and DOC's Graeme Elliott join him to discuss the toxin's use and the wider issue of science denial.

If your lawn might be getting away on you a bit then don't fear because we've got a buyer's guide to lawnmowers.
Plus a Christchurch woman trying to save the world by taking the water out of your toiletries and beauty products.