RNZ's Sonia Sly has a presenter's friend join her during fashion week to discuss the highlights and lowlights of the event. Nine designers are showcasing their latest on the catwalks today. 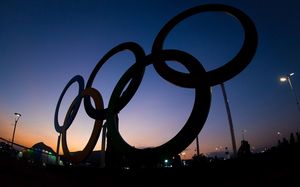 Timely enough that tonight Bryan Crump speaks to Pablo Pires Fernandes in Brazil now that Rio is over. He'll have the latest on how the country has fared hosting the Olympics and what life is now like now the international focus is elsewhere.

In the Colombian capital of Bogota, Lucy Ash meets two people who fear they will never be able to return to their homes. They both come from Choco, which is one of the poorest provinces and most violent parts of the country. Their stories illustrate a nationwide trauma - the government may be on the brink of a historic peace deal with the FARC rebels, but Colombia has even more internally displaced people than Syria. More than 200,000 have been killed and seven million driven off their land during half a century of war. Lucy travels down the River Baudo to meet people uprooted from their jungle villages in violent clashes earlier this year and finds that Latin America's longest insurgency is far from over.

Last week, we featured a Circa Theatre  'Spotlight on Playwrights' forum - 'Who the Hell Are We? -  in which five writers discussed  whether or not their profession is presenting our nation honestly on stage.
In part, it's a similar question to that which the director and writer,  Mervyn Thompson addressed in his very personal survey of  New Zealand theatre  - 'Passing Through'  a quarter of a century ago.
Our drama at 9 this week and next is a 2-part production of that one-man show.  It's a live theatre recording, made in Christchurch as Thompson toured the production in 1991 - a year before his death.