Mike Butler's walked all over the world for charity. The ANZ Wellington employee has raised hundreds of thousands of dollars by trekking through Asia, India, Europe and South America. Unfortunately his latest walk from Auckland to Wellington with his two beloved dogs came unstuck due to an accident. He's joins Bryan Crump to talk about his travels with his dogs, Toby and Idol and when he expects to be back on the charity trail. 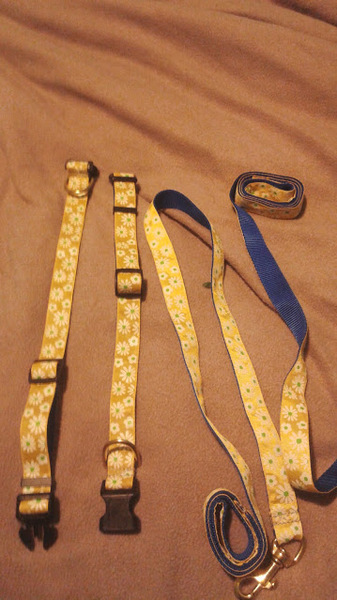 These leads were made especially for the walk by Alex at Bow Wow boutique. 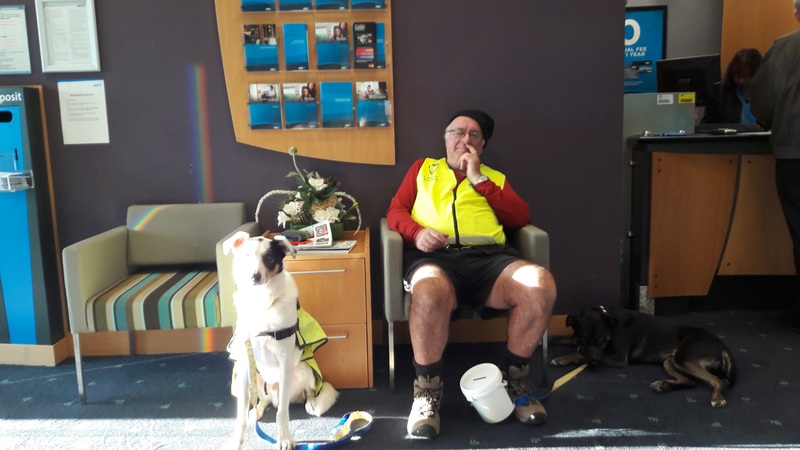 End of the first day at Meadowlands. 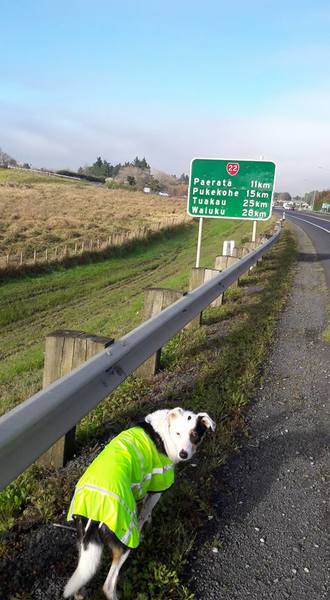 Mike hits the open road for the first time at Drury after leaving Auckland. 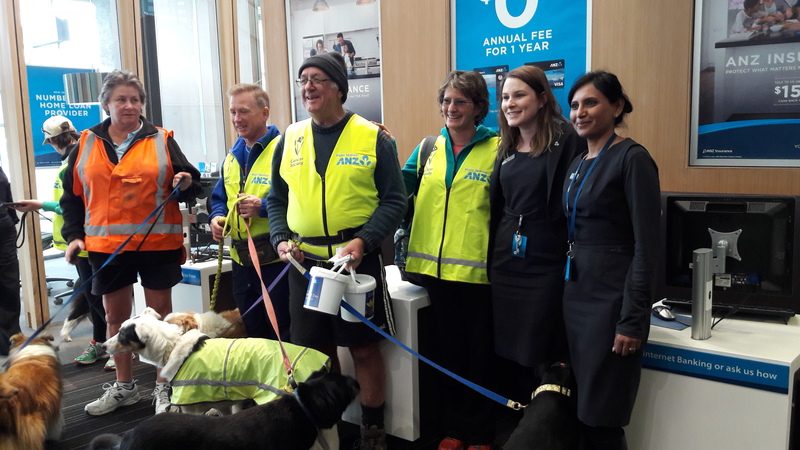 Mike and his dogs arriving at Te Rapa at the end of the first week of walking. 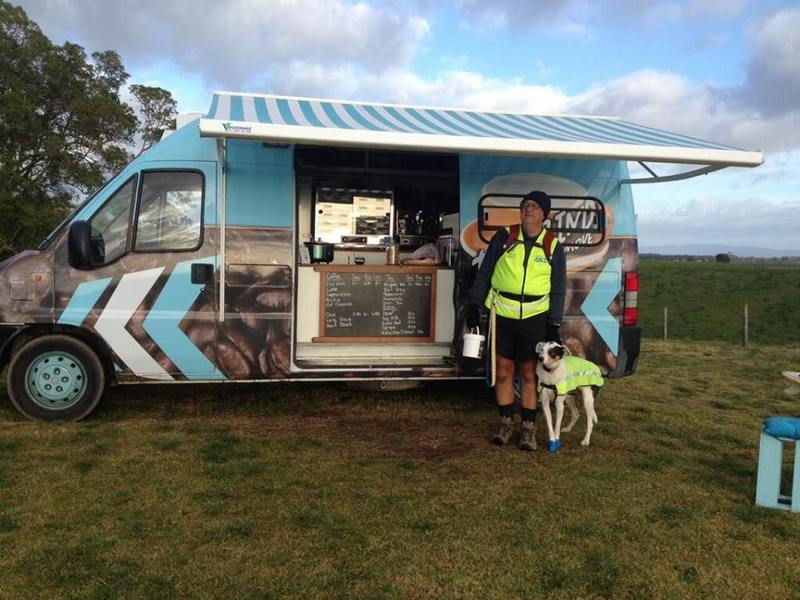 Mike found a coffee cart a few minutes into his walk at Otamarakau in the Bay of Plenty. He was given a free coffee and a donation from the cart owner and her customers. 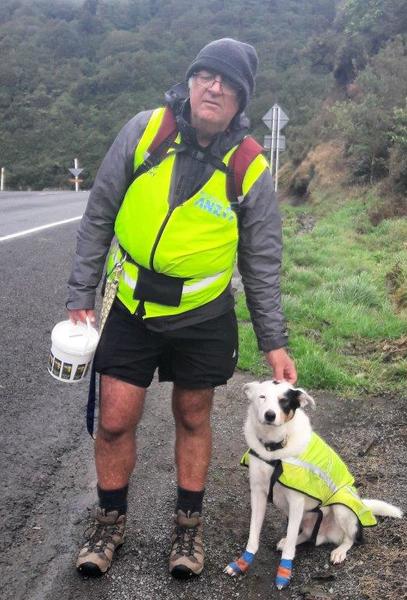 Mike Butler at the top of Taffords Hill - the highest point of his journey at 726m. 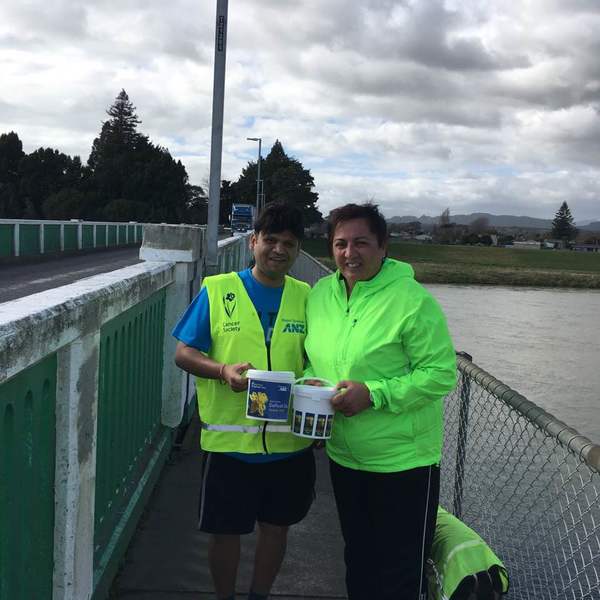 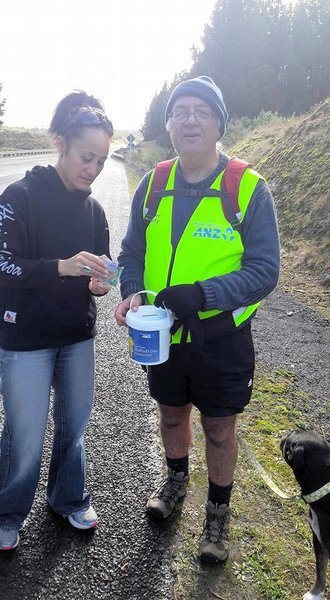 This was between Rotorua and Tauranga. This lovely woman drove past and went back to collect over $100 from her whanau, then drove back to give it to me. 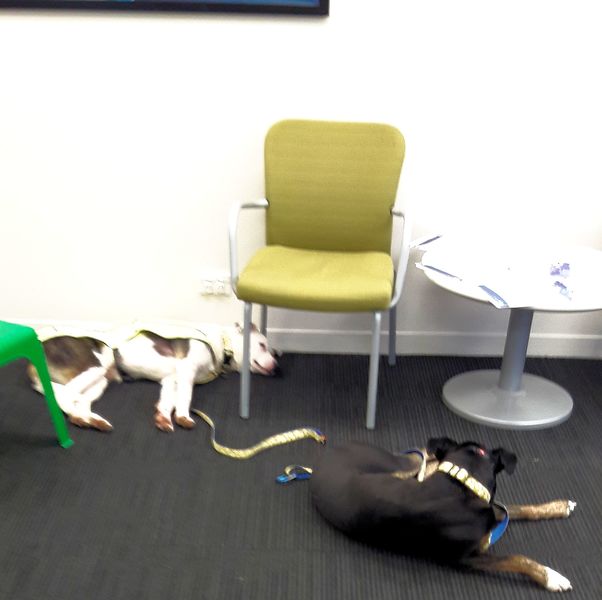 This was the end of the shortest day of the walk, only 16 kilometres, but the dogs still wanted a rest on arrival. 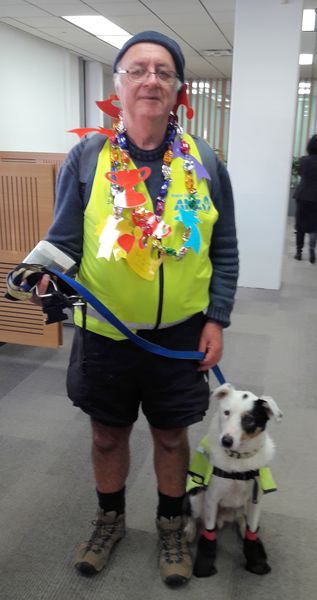 The necklace given to me by ANZ staff. 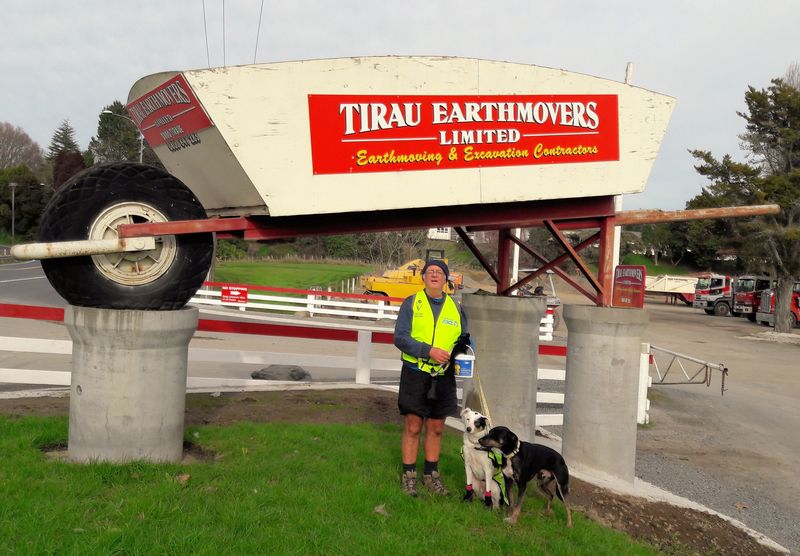 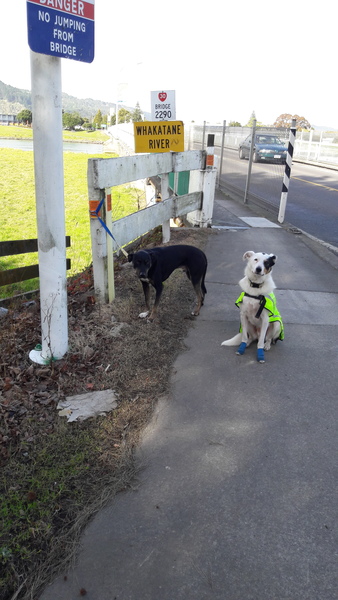 At the Bridge across Whakatane River 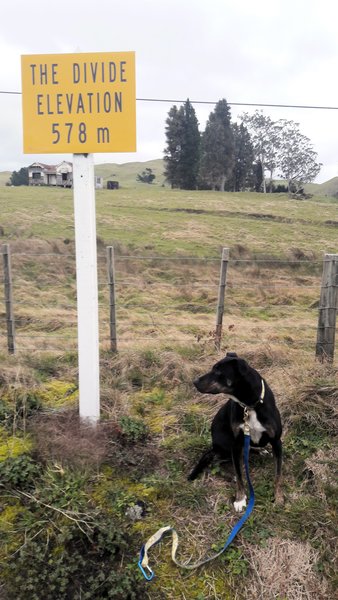 Toby at the divide between Poverty Bay and Bay of Plenty near Matawai. 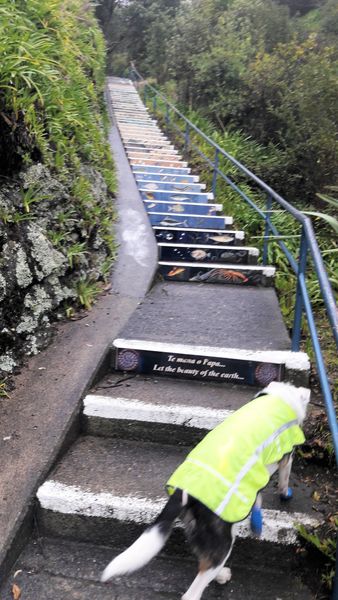 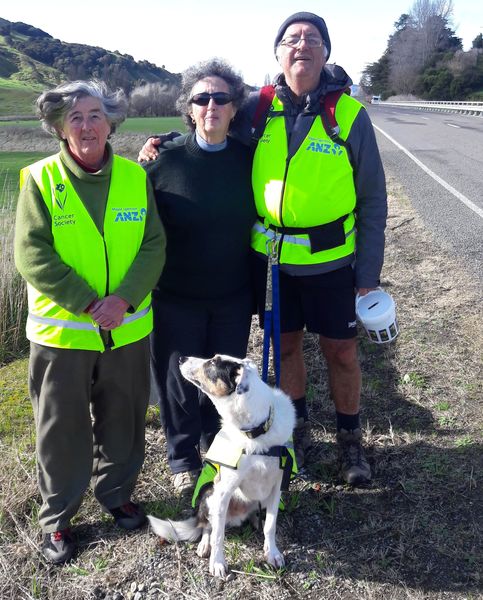 Halfway to Wellington - with Sheila and Priscilla Williams 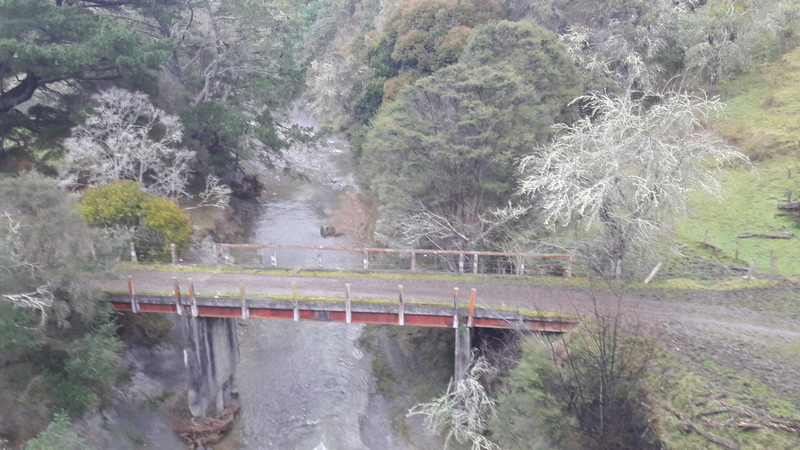 Old Waihuka River bridge - the view from the new bridge. 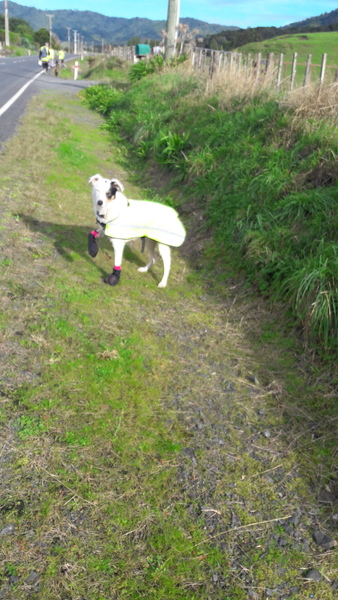 Idol wearing his bootees for the first time. They only lasted five minutes before he kicked them off. 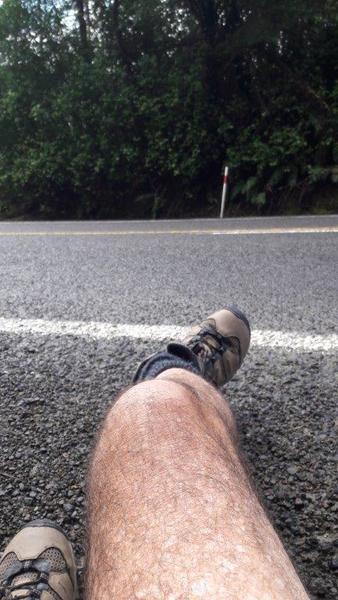 The trek came to an end when he broke his ankle and was taken to Gisborne hospital. 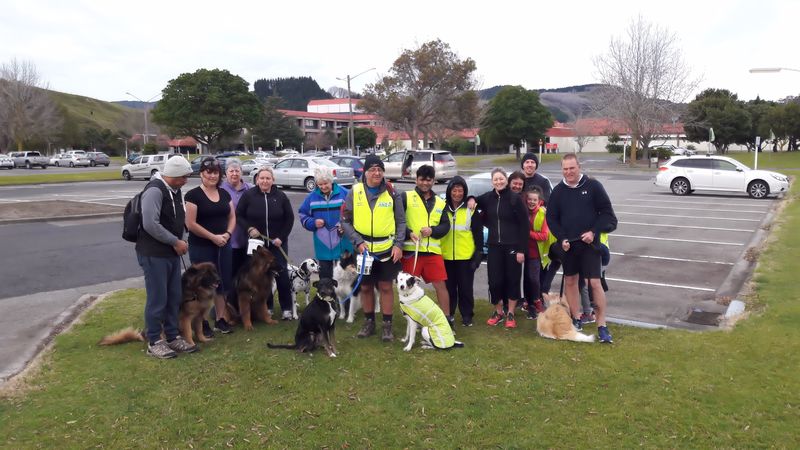 The group which welcomed Mike at Gisborne Hospital.

Independent scholar Brian Easton talks to Bryan Crump about migration and economic freedoms. He talks about his latest article which explores the difficulties in getting the balance of migration and pressure on resources right.

The Late Series at Auckland Museum is underway. One of the first curated evenings involved a panel discussion exploring of New Zealand history. Last Tuesday's Smart Talk panel looked at he intricacies of feminism in New Zealand and examined the everyday realities of the quest for equality. RNZ's own Mihingarangi Forbes was part of the panel discussion.