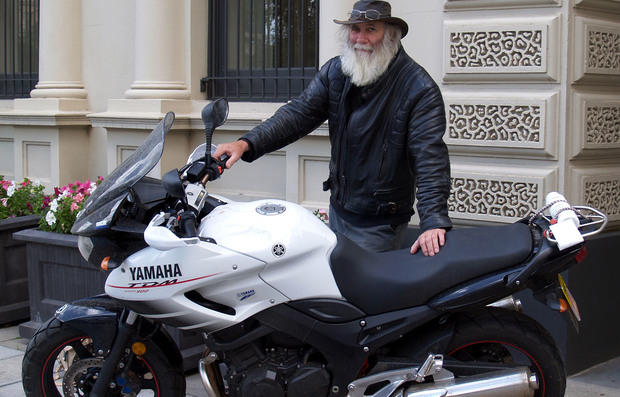 7:12 Our Own Odysseys - Solar Challenge 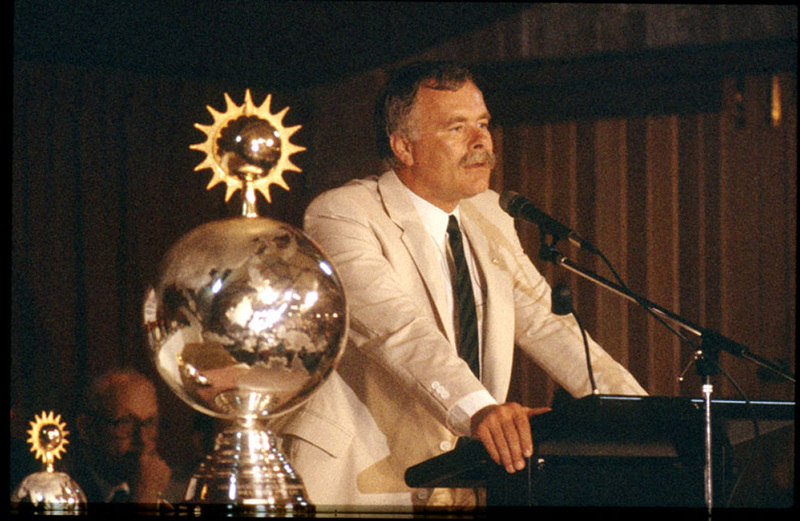 Hans Tholstrup, the “larger-than-life” adventurer, futurist and founder of the brainsport of solarcar racing, shown with the WSC trophy in 1990. Photo- Copyright: Rehia Photo Library 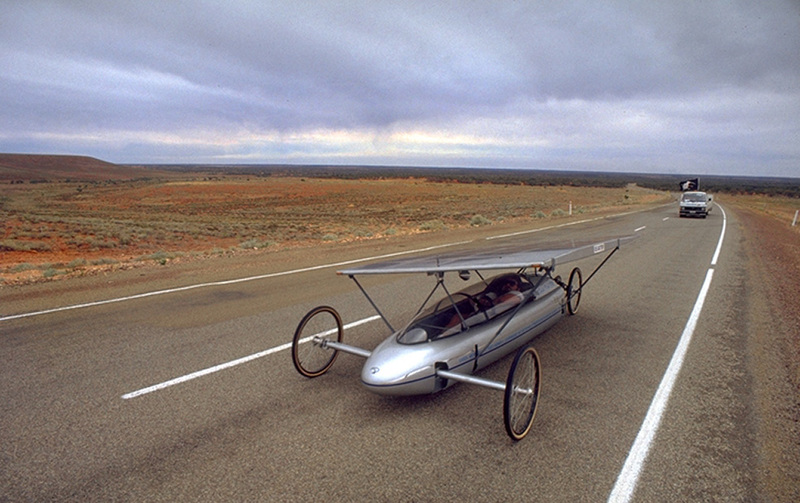 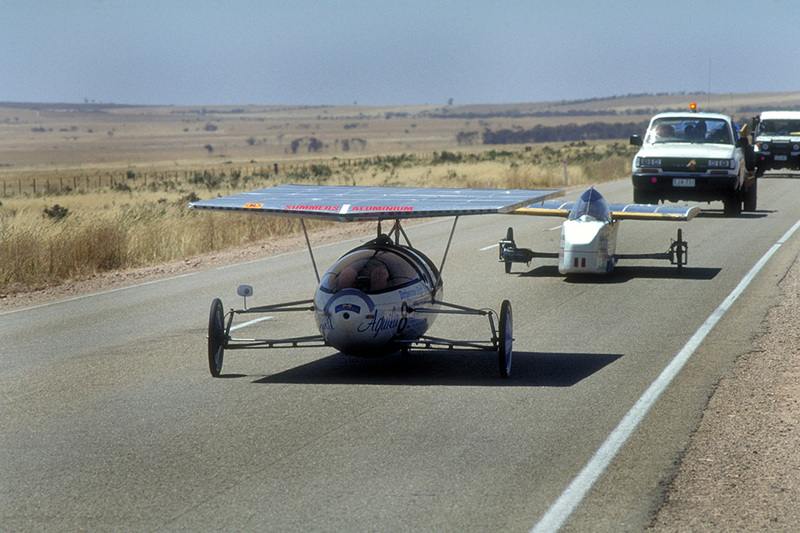 Dripstone College from Darwin closely followed by the Hawaiian Konawaena High School car – that the Hollywood movie Race the Sun was made about. After almost 3000km there were three highschool teams still jostling with each other in strong side-winds - Annesley College was the other team - in an exciting battle to the finish. Photo- Copyright: Rehia Photo Library 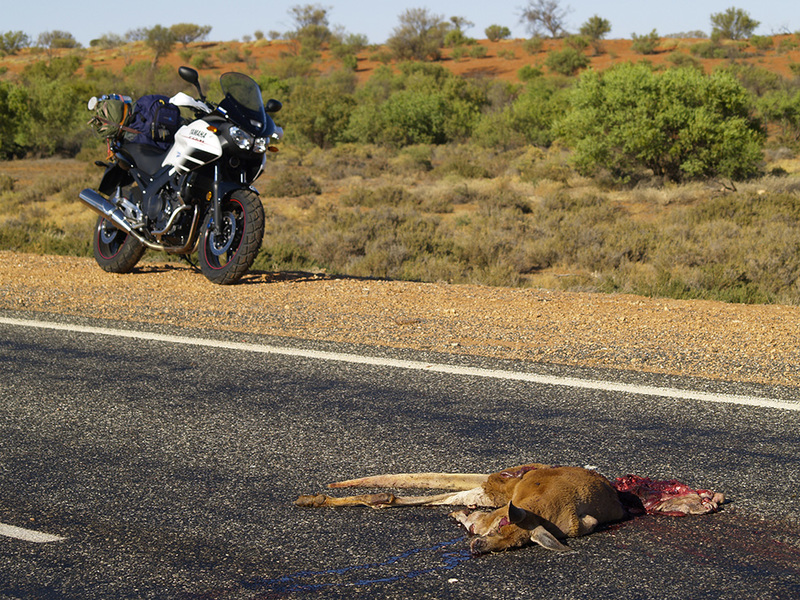 Deadlife abounds on the Stuart Highway, mostly killed at nigh and eaten the following morning. Creatures lured to the warm night roads and hypnotic headlights pose a deadly risk to unprepared motorists, though the trucks have big bumpers and often don’t even slow down. Photo- Copyright: Rehia Photo Library 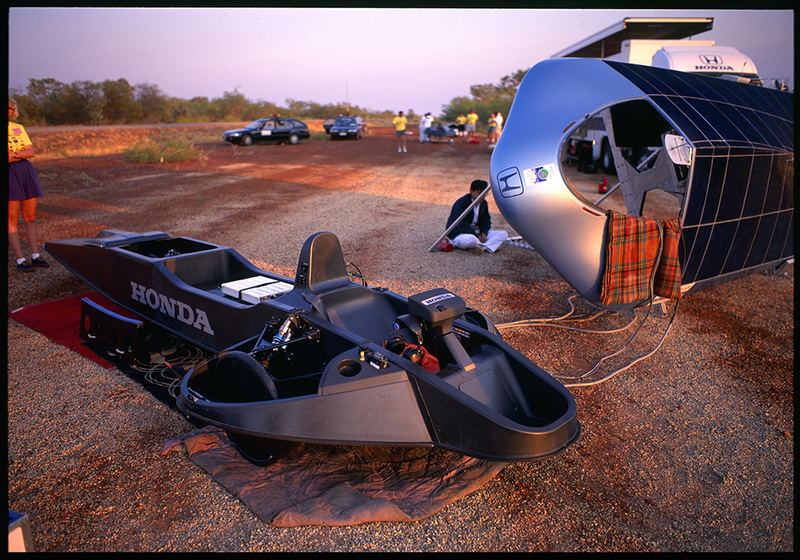 1993 Honda Dream camped after first day of racing and topping up batteries with remaining afternoon sun. Ultimate winner of the event travelling the 3000km from Darwin to Adelaide in 35 hours and 28 minutes at an average speed of 84.96 km/h. Photo- Copyright: Rehia Photo Library 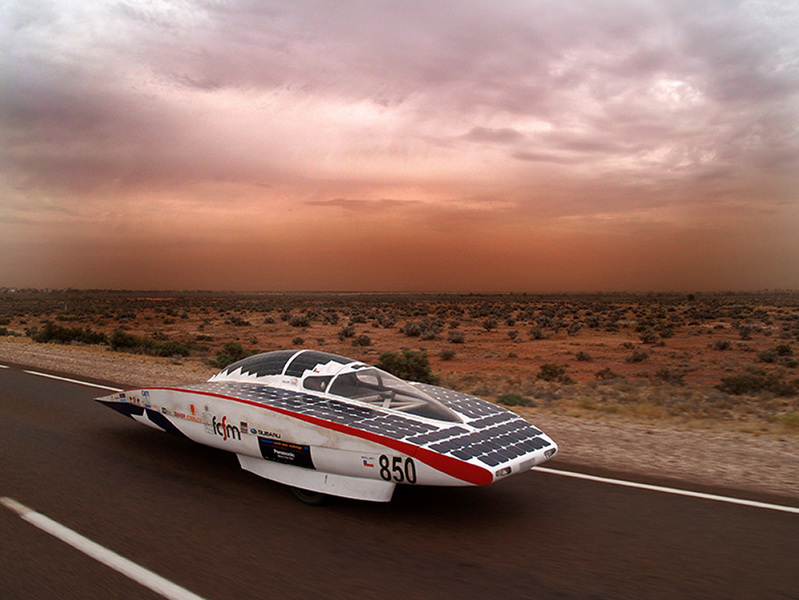 Eolian from Chile races ahead of the rapidly approaching most dramatic dust storm Australia had experienced for many years. The race was actually called off at this point. Photo- Copyright: Rehia Photo Library 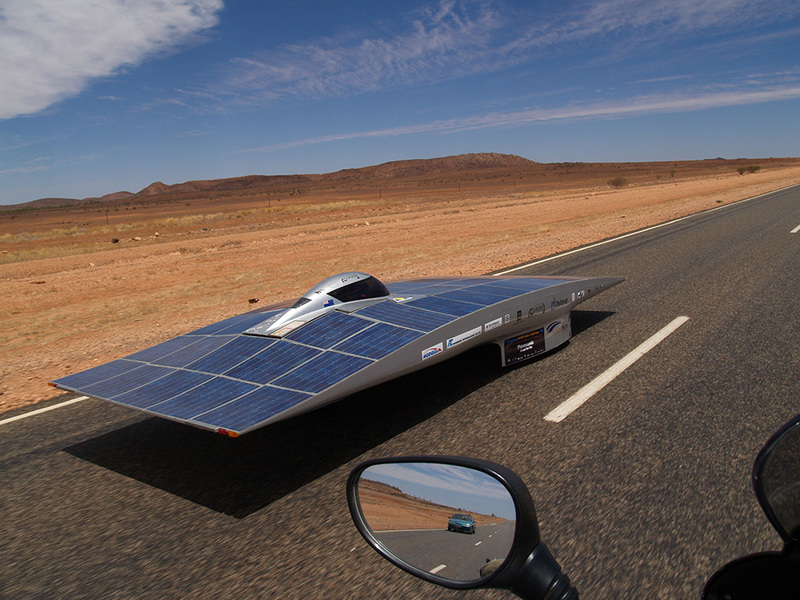 SolarFern rapidly closing in on Coober Pedy in 2007 WSC. The Christchurch-built car had a digital “kiwi-style ” speedometer – only able to display up to 99km/h, their “official” speed at the time. – but I know how fast they were really going. Photo- Copyright: Rehia Photo Library 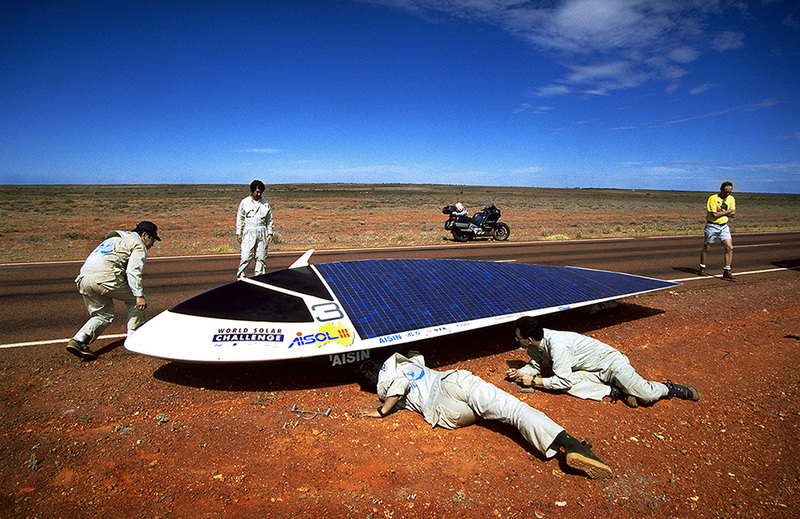 Japanese team Aisol doing a quick wheel change because of a puncture, under the watchful eye of the WSC observer. Photo- Copyright: Rehia Photo Library 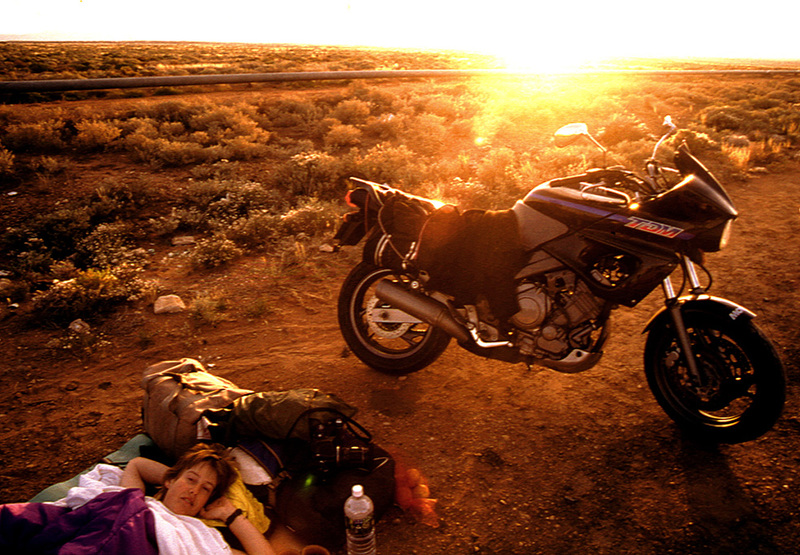 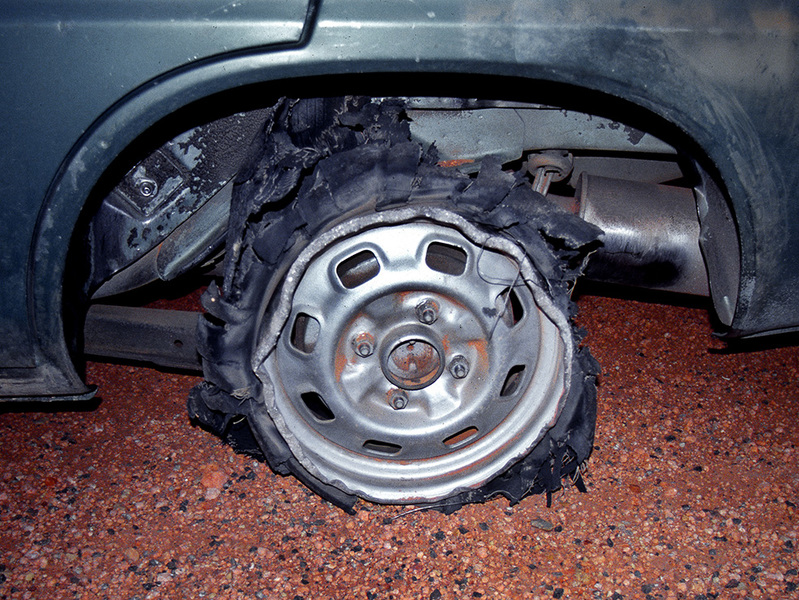 Unprepared tourists risk their lives in the desert – these ones were saved by a lucky encounter with a solarcar team. Photo- Copyright: Rehia Photo Library 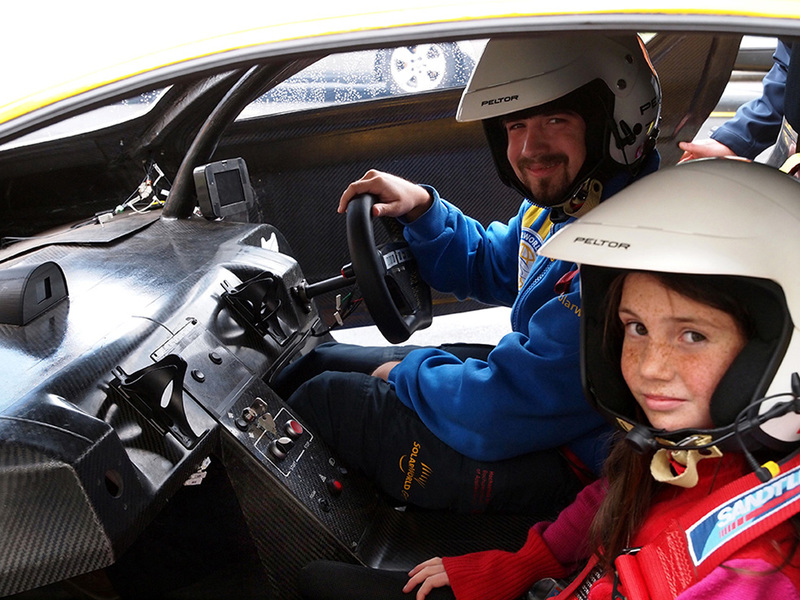 Harri Spoelstra about to leave Auckland in 2011 as the first passenger in the Bochum University solarcar during their historic solar-powered global terrestrial circumnavigation. Photo- Copyright: Rehia Photo Library 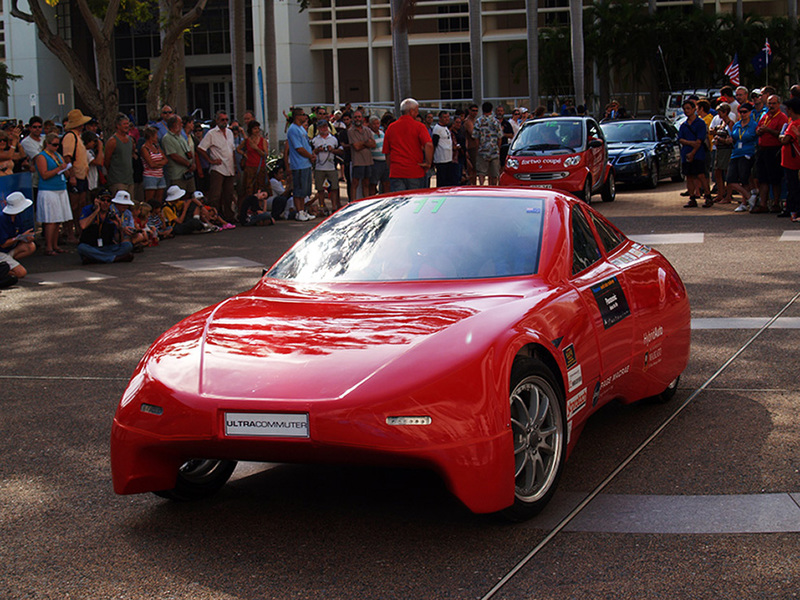 Graffiti's modern role is evolving rapidly. From Europe to Brazil, street artists are displaying their anger about inequality, invisibility, corruption and control. Powerful images and words on walls are creating international headlines. But can breaking one law help to change another? Where should the line be drawn between democracy and vandalism, vandalism and art? Steve Urquhart talks to some famous graffiti artists.

A Flickering Flame - It's well over a century since the founder of the modern Olympics voiced his ideal that "The important thing is not to win but to take part". But, as  athletes prepare for the 31st Olympiad, How does that noble ideal fit with the modern phenomena of professionalism, doping, individual financial gain, nationalistic pride and huge corporate sponsorship?  In our Tuesday feature the BBC's Owen Bennet-Jones asks: 'Is the Olympic Ideal Dead?'

Tonight in Episode 5 of WOMAD Taranaki - The World's Festival 2016 features a live performance from Hazmat Modine, a band formed by virtuso harmonica player Wade Schuman. The 8 piece band perform an eclectic mix of music informed by the spirit of 1920's New Orleans jazz, blues, swing, Klezmer and Jamaican Rocksteady.  Originating from New York City Hazmat Modine have gone on to grow a global audience playing on the Festival and Jazz circuits as far afield as Russia, and for their first time, Womad NZ.