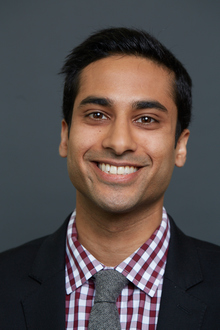 7:12 The Problem with Fighting Cancer

Dr Dhruv Khullar is a resident in internal medicine at the Massachusetts General Hospital with interests in health policy, bioethics, and journalism. We'll ask him why we use metaphors when talking about disease and the issues with using of military metaphors around cancer.

Simon Morris looks at the 13th Star Trek movie,  Star Trek beyond, and a film called Demolition, in which Jake Gyllenhaal has to break up his life to put it back together again.  He also talks to Icelandic director Grimur Hakonarson, whose film Rams was a big winner at the Cannes Film Festival last year.

The secret history of Yoga - Like millions of people, Mukti Jain Campion attends regular yoga classes and enjoys its many physical and mental benefits while believing it to be the "timeless Indian discipline" so often described in yoga books. But recent research challenges this common assumption. Could modern yoga classes, as now taught all around the world, actually be the product of 19th Century Scandinavian gymnastics as much as ancient Indian philosophy?

Inspiring Pacific Island students about healthy living and science using a flume swimming pool, why science inspires two Year-6 students, rogue waves, and a first look at the idea of a Predator-Free New Zealand by 2050.

Dan Lyons was a senior tech journalist who lost his job and joined a tech startup run by people half his age; and that's where the fun really began! Teased by a crew of narcissistic, ping-pong playing millennials, spouting management speak and corporate gobbledegook, the experience confirmed some of his worst fears about flaws in the tech startup sector. On the plus side it gave him plenty of material to use when he became a writer on the hit TV show Silicon Valley

Progressive pop artist Maala offers an insight into his debut album, Candian Twins Tegan & Sara explain their stadium pop swing and Andrew Keoghan on the influence of the "Big Apple"