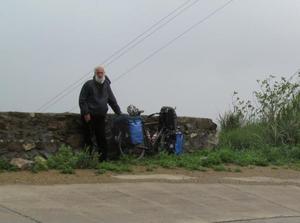 8:30 Window on the World
Since the early 1980's, a ground-breaking Argentine forensics team known as the EAAF, has  advised and taught other teams working across Latin America, to unearth the bones that provide clues to South America's 'disappeared'. Our  'Window on the World'  feature tonight  follows them to Colombia and the search for victims of the country's 50-year-long armed conflict. We also hear the voices of families looking for missing young students in Mexico.

11:07 At the Eleventh Hour
Each month, Global Village devotes an entire show to the best of new world music releases. Among the highlights this time: The first reissue of the the original Wailers' a new self-titled release from Ziggy Marley top neo-folk bands on the scene today: the Welsh duo 9Bach, Scottish band Breabach, & Irish supergroup, The Gloaming African guitar great Djelimady Tounkara.