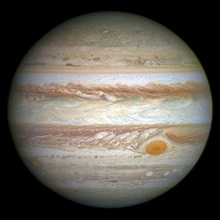 8:30 Window on the World
Unnatural Selection. Humans have been altering animals for millennia. We select the most docile livestock, the most loyal dogs, to breed the animals we need. This "artificial selection" is intentional. But as Adam Hart discovers, our hunting, fishing and harvesting are having unintended effects on wild animals. Welcome to the age of "unnatural selection".

9:30 Insight
China Free Trade Agreement. After travelling to China with the Prime Minister, RNZs political reporter, Demelza Leslie reports on what progress was made in getting a better free trade deal for New Zealand businesses.

11:07 At the Eleventh Hour
The Sounds of Memphis-Beale Street Caravan has Garage rock icon Jack Oblivian, with his uncompromising brand of Memphis rock and roll. From his work as a member of The Oblivians, his prolific stream of solo and side projects, to the many artists and bands that he's influenced, Jack O continues to generate enormous appreciation locally and abroad. Also we salute another lost original, Mississippi Bluesman L.C. Ulmer, who passed away early this year aged 87. He played with a haunting, rather unusual style from the deep delta, and worked all over the U.S. both as a travelling solo musician and a band leader.