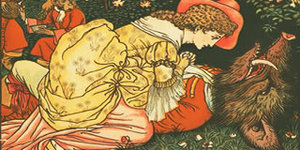 7:30 Spectrum
Semester at Sea - for more than forty years the Sea Education Association has been offering a semester at sea for students from across the United States.

8:12 Nights' Overseas Reports - England
"What Ho!" We're talking with Breakfast producer at BBC Radio Brighton Will Flockton about an expensive campaign to encourage cheeriness, plus the worrying story of a mass sheep attack.

8:30 Window on the World
In the second of the series Where are you going? Catherine Carr is in Amsterdam.  One question yields countless surprises about the lives of strangers and in this programme we hear from the father and son who share a passion for firearms, a nursery worker whose chances of having a baby have slipped away; a father whose child's funeral was a like a festival, and one of the last hippies in Amsterdam. These brief portraits have been woven together with the sounds of Amsterdam, to create an unpredictable and poetic listen.

9:07 The Drama Hour
The Private War of Corporal Cooper -The story of a correspondence that develops between two people living very different lives during the first world war. One is a nun at a convent in Dunedin where she uses her evenings to knit socks for soldiers serving overseas. The other is a corporal in the frontline trenches with the New Zealand Rifle Brigade in France.

Mechanical Bimbos - Alone on his biosphere among all the others in the Asteroid belt, a man devises a mechanical solution to the problem of his loneliness . But that's just the start of the story.

11:07 At the Eleventh Hour
Nina Simone - This week on The New Jazz Archive, the life and music of Nina Simone - from her roots as a gospel and classical musician to her place as one of the fiercest voices for civil rights. Behind her 30 year reign as the high priestess of soul lies a troubled mind and tumultuous life.