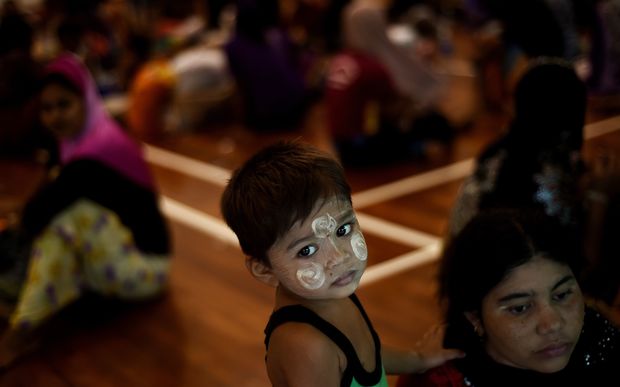 A Rohingya boy waits with other illegal migrants at a temporary detention center in Langkawi, Malaysia. Photo: AFP

7:12 Plight of the Rohingya (Myanmar)
an update on the struggles and migration crisis of the Rohingya people from the Rakhine state of Myanmar - with Matthew Smith executive director of Fortify Rights, who is currently attending a Human Rights Council session in Geneva, Switzerland...

8:43 Nights' Overseas Reports - Canada
it's the second-largest country by total area and the northernmost country of the North America continent, journalist for Medicine Hat News, Peggy Revell reports from Canada, pop. 35,675,834 (est. 2014)... a framework for climate change is being established at the political level; the debate over building an "energy east" pipeline; a move towards allowing physician-assisted death; and the 25,000th Syrian refugee has arrived... 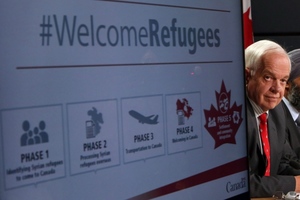