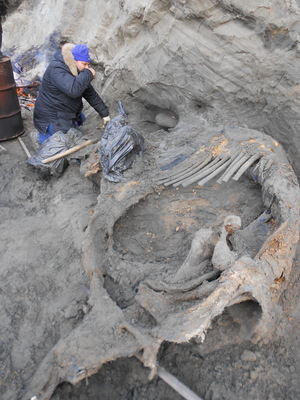 7:12 Following the Mammoth
archaeological research by Vladimir Pitulko from the History of Material Culture at the Russian Academy of Sciences shows that marks on bones of a mammoth found in the Arctic in 2012 indicate human beings were living and hunting in the Arctic Siberia region much earlier than what was previously assumed...

8:12 Window on the World - Editing the Genome pt 1 of 2
international public radio documentaries

8:43 Nights' Science - Computer Science
Prof. Mark Apperley from University of Waikato spreads out the silicon chips to expose how computers switch us on... the changing face of television, home entertainment and news services...