On the show tonight (Monday)...

7:12 OLYMPIC FIT
what New Zealand's top athletes will be doing this summer in preparing themselves physically for the Rio Olympics in August 2016, with athlete trainer David Slyfield from High Performance Sport New Zealand...
http://hpsnz.org.nz/support-directory/david-slyfield

8:43 The Scientists - FOOD TECHNOLOGY
what it takes to make what we eat - with honorary associate Prof. Don Otter from University of Auckland's School of Chemical Sciences... do food scientists make better cooks?

9:10 SOUNDED HISTORICAL
after a career in broadcasting that started over 50 years ago, our very own Jim Sullivan, the founding host of Sounds Historical, will be retiring to Central Otago at the end of the year... 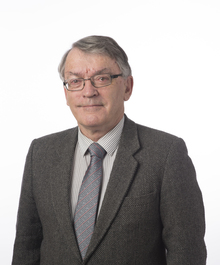 11:07 The Eleventh Hour - Folk Alley
> music from the American continent