7:10 Our Own Odysseys: The Seventh Wonder 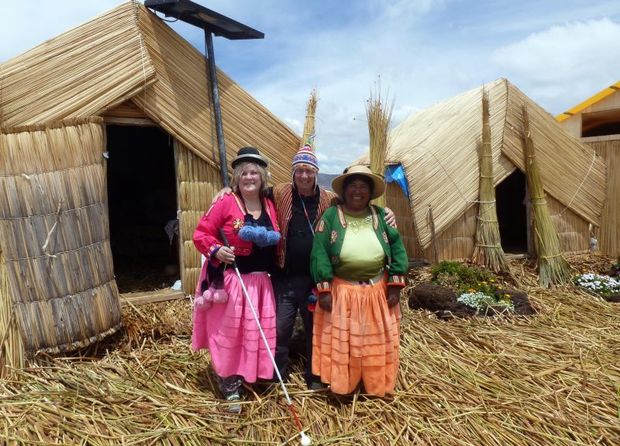 Julie, Ron and a local lady in front of a hut on a reed island. Photo: Julie Woods.

That Blind Woman Julie Woods with her husband Ron about their big trip to South and Central America to tick off visiting their seventh wonder of the world.

9:06 The Tuesday Feature: Lost Children of the Holocaust

Following the end of the World War Two, the BBC began a series of special radio appeals on behalf of a group of children who had survived the Holocaust but were now stranded as orphans in post-war Europe. A recording of one of these moving broadcasts still exists in the BBC archives. Seventy years on, Alex Last set out to find out what had happened to the 12 children named in this recording. They had been in many camps, including Auschwitz, Muhldorf, Kauferng, Theresienstadt, Belsen, and Dachau, and the modern-day search took him to Germany, Israel and the United States. Five of the Holocaust survivors are still alive today, and four of them were well enough to speak to Alex, who was able to piece together their stories of courage and humanity. (BBC)

A selection of world music along with jazz, rock, folk and other styles, artists and songs with world and roots influences chosen and presented by Wichita radio host Chris Heim (8 of 13, KMUW)