The lure for Jill Worrall of Iran and why she returns to visit the Imam Reza shrine in Mashaad. 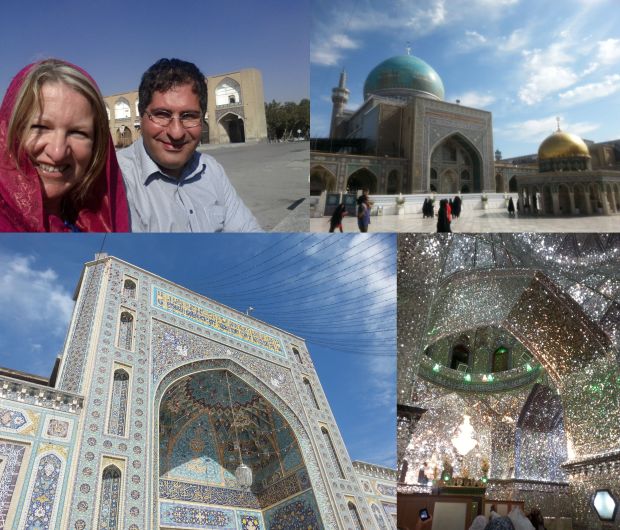 Our correspondent in the second-most populated nation of the world, India, pop. 1,210,193,422 (census. 2011) is Bangalore-based, Shoba Narayan. 2014 in review, including Hindu nationalist Narendra Modi from Bharatiya Janata Party (BJP) becoming prime minister in the longest election in the country's history.

Political protest and general social unrest seem to have moved almost exclusively online in the 21st century. Is this enough? Are politically-flavoured tweets a sign of our lack of engagement or the new face of political and social activism?

Global Village heads to the Balkans for music from early music master Jordi Savall’s Balkan Spirit project, the Brooklyn-based Raya Brass Band, and one of the premier Balkan brass bands on the scene today – the Boban & Marko Markovic Orchestra. Plus stops along the way in Lisbon, the Caribbean, Celtic Spain, and a “Saturday Night on Saturn” date with exotica legend Les Baxter. (9 of 13, KMUW)