Paddy Free is one half of pioneering NZ electronic act Pitch Black, and has collaborated with top New Zealand musicians including Moana Manipoto, Neil Finn and the NZ Symphony Orchestra.

From playing covers in the late 80s, to forming Pitch Black and playing to tens of thousands at outdoor festival The Gathering, Paddy's career has been long and varied.

The Auckland-based musician has produced some of New Zealand's classic albums including Salmonella Dub's Inside The Dub Plates, he's composed for contemporary dance productions and released music as a solo artist.

Pitch Black's sixth studio album Third Light is due out on September 13.

Paddy joined RNZ Music's Kirsten Johstone to share his musical influences and chat about his long and distinguished career. 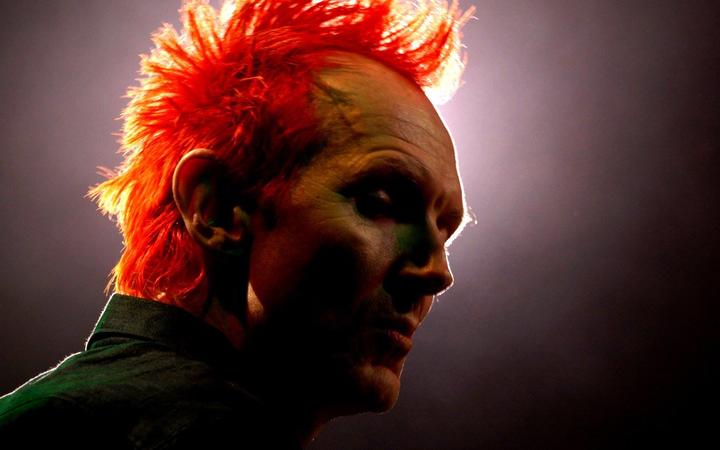 "This was absolutely key because it [demonstrates] the sound field that electronic music can create. The palette is so wide. And because the sounds can be so abstract, they're not connected, they don't have a lot of cultural baggage.

It was a huge popular hit this one. Tangerine Dream and Kraftwerk weren't quite as popularly successful in the mainstream. But yeah, this was the first album I ever heard where all the tracks were joined up together. So the whole thing was a continuous listening experience, like a soundtrack for the mind. particularly good on headphones.

The soundscape is huge. The mental imagery, your mind can just wander, floating, attaching to the little sounds that float through. Yeah, I love it."

"This track and the band is a huge influence on me. I taped this track late one night off BFM , probably in 1989. And for years, I didn't know what it was. And when I finally found out, I found the album that it was from.

And Yello I absolutely adore because their soundscape is unique. Their sound set is unique. Yet they're ridiculously poppy and accessible as well. Their progressions and arrangements tick all the boxes of pop songs yet their sound is very inventive."

"The way it fits the visuals of the of the film, what he does with the opening drums and a ten second reverb and then the theme comes in smaller, plaintively and then gets bigger, It's right up there with any orchestral arrangement with any symphony ever written.

But mainly it's the soundscape and the hugeness of it, the wideness of it in the speakers. There's a saying that music production is about 'manifesting the ghosts between the speakers', be it the voices or whatever, but this one just feels like it extends right outside the speakers."

Leftfield and John Lydon - 'Open Up'

"This album Leftism is considered a bit of a classic of electronic music in that every track is very stylistically different.

There's also a huge sort of UK reggae influence in there, there's drum and bass in there, there's trip hop, there's ambient, which is perhaps something that led to a template of Pitch Black always having six genres and six songs on an album.

But yeah, this this song, just that pure energy that explodes out of the speakers to you, as well as being an immaculately well constructed pop song, it's so accessible. The production, 25 years later, you could play this over a large PA, back to back with any modern EDM track and it would still explode."

"We started touring with Salmonella Dub in the late 90s. And they brought up bands under their wing, like Shapeshifter and even Fat Freddy's Drop have benefited from Andrew Penman's [guitarist/manager] touring infrastructure.

I did some production on the 1999 Killervision album as well. And then when they were looking to do their next album, they were in a bit of strife, because they just done this tour that was financially disastrous, and they owed tens of thousands of dollars, and the band's morale was low, they were deeply demoralised.

And it was well, 'are we going to break up?' and it really looked like look like it was going to be curtains but the thinking in the band was, 'if we deliver one more album, the record company will give us an advance and that'll offset some of the debt'.

So I volunteered, I had some opinions that I shared with Andrew, because I started out as a fan. You know, everything I do comes from being a fan, so about how it could work on on on record, trying to capture the best things that I saw from the audience. And it was a bit of lightning in a bottle. The album went double platinum.

There are no Tui on this track, not a single one. It's all guitar and and organ and dub squelches. There's a bit of Kōauau in there too. But I love the fact that it absolutely sets soundscape in your in your head. You know, you can hear the Tuis even though there aren't any Tuis in there."