This week we feature the energetic indie-pop brilliance of The Beths.

The Beths were formed in 2015 by jazz school classmates Elizabeth Stokes, Jonathan Pearce, Benjamin Sinclair and Ivan Luketina-Johnston (who has since left the band).

Elizabeth is the primary songwriter for the group, and The Beths envelop her sad and honest lyrics with upbeat, driving guitars, bass and drums. The band has three releases to date, 2016’s debut EP ‘Warm Blood’, 2017’s album ‘Future Me Hates You’ and last years 7” single, a cover of ‘Have Yourself A Merry Little Christmas’.

Tonight we hear The Beths in three sessions for RNZ. Later there is a Music 101 Headquarters Session and their Christmas cover from last year, but first we go to November 2017 and NZ Live from Jesse Mulligan’s Afternoons show.

Here is The Beths with ‘Happy Unhappy’

Auckland band The Beths pop into the studio to talk to Jesse and play songs from their EP and forthcoming album.

Liz is on the committee for Girls Rock Camp - a school holiday programme for girls aged 12 to 17 to form bands, write and perform songs. They are also fundraising for the programme for January 2018.

Listen to the entire segment here: 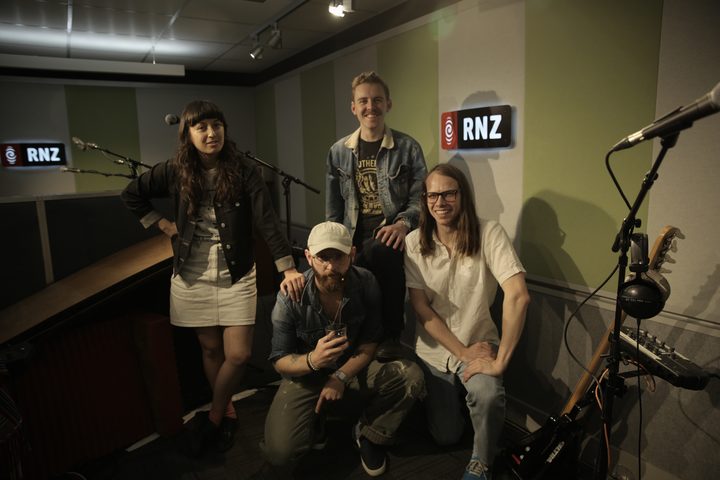 More on The Beths: