The Sampler: Future Me Hates Me by The Beths

Nick Bollinger discusses the hook-filled songs of romantic defeat on the debut album of Auckland power-popsters The Beths. 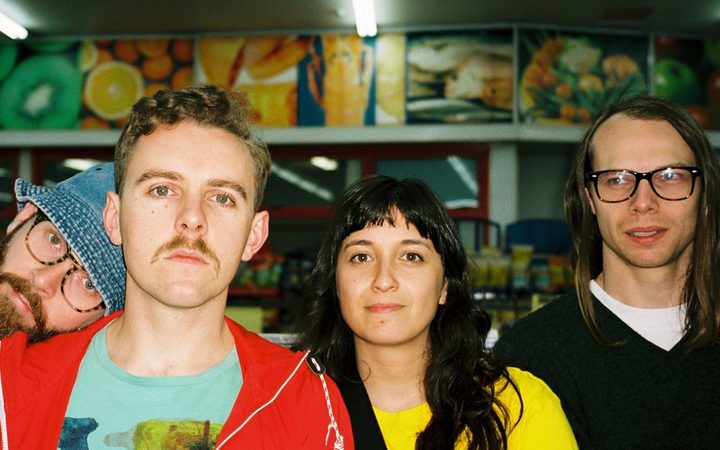 'I was happy unhappy’ sings Elizabeth Stokes of The Beths, as she looks back on simpler times before love hit her ‘like a hurricane’, while ringing guitars, breakneck rhythm and giddily wordless harmonies evoke the emotional thrill-ride of new romance – ‘higher than a biplane’ one moment, ‘crashed out on the couch’ the next.

The Beth's song ‘Future Me Hates Me’ is a finalist at this year's Silver Scrolls. Karyn Hay is hosting live coverage of the ceremony on RNZ National, 101 FM from 9pm on Thursday 4th October.

You’ll find that polarity in just about every song on this excellent debut album, where the beats are relentlessly up, the melodies innocently addictive, and yet the singer’s default setting seems to be one of self-doubt. 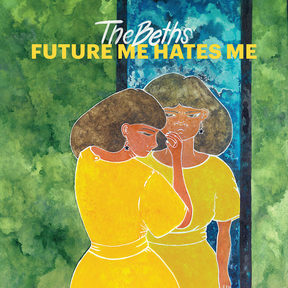 Future Me Hates Me Photo: supplied

At the start of the decade, Stokes was singing and playing acoustic guitar in Auckland all-women trio Teacups. But she has come a long way from the gentle whimsy of that formative group.

For a start, she's plugged in, and in addition to Stokes' voice and strong rhythm there’s lead guitarist Jonathan Pearce weaving immaculate melodic lines plus the firecracker team of drummer Ivan Luketina-Johnston and bassist Benjamin Sinclair. It helps that they can all pitch in with harmonies, and with Luketina-Johnston channelling the spirit of Keith Moon in dynamic, explosive drum fills, it rocks plenty, and yet there’s no shortage of infectious tunes  – or broken hearts.

There’s some sort of emotional disaster movie playing out in most of these songs, in spite of having the kind of uplifting melodies that make you feel all must be right with the world. But Liz Stokes’ reaches the pinnacle of self-fulfilling prophecy in the album’s title track (and Silver Scroll long-lister) ‘Future Me Hates Me’.

At a time when popular music often seems to be about surprising new sounds, The Beths have made an album that, you could say, has all been done before. There’s nothing new about two guitars, bass and drums, or big, tuneful, high-energy pop songs. At times I’m reminded of past New Zealand bands Garageland and Goodshirt, and yet this album has a quality of always sounding fresh - as though this whole style of music was something The Beths had only just thought of, and they could hardly wait to share their discovery.