I'm speaking to Auckland rapper Tom Scott a week before the Taite Music Prize for 2019 is awarded. He's got no idea his collaborative project Avantdale Bowling Club is going to win.

And he doesn't rate his chances.

"That's ... based on prior experience. Like, if someone's dumped you four times, are you gonna get back with her? I don't think so. The Taites have broken my heart one too many times. But I'm still texting her at one o'clock in the morning."

Tom's been a finalist four times, with his acts @Peace and Home Brew. His bet for 2019 is pop-rock band The Beths.

With its dexterous storytelling, emotional weight, and sensitive playing from some of the best jazzheads in the country, Avantdale Bowling Club is a clear winner.

It's an acutely autobiographical album, covering issues such as substance abuse, mental health, and homesickness (he spent a couple of years in Melbourne).

"I can't even remember why I was so broken, but I just was," says Tom of his time in Melbourne, "I think at that time ... I was looking for this thing that never turned up, so I just felt like I was going nowhere.

"That will drive you a bit crazy. I think that's probably the process for anyone looking for something new. There's a point where you're like, 'It's never coming.' But then something turns up and it's probably something different to what you had envisioned."

That something different was a baby. Tom and his partner got pregnant, and the pair decided to move back home. 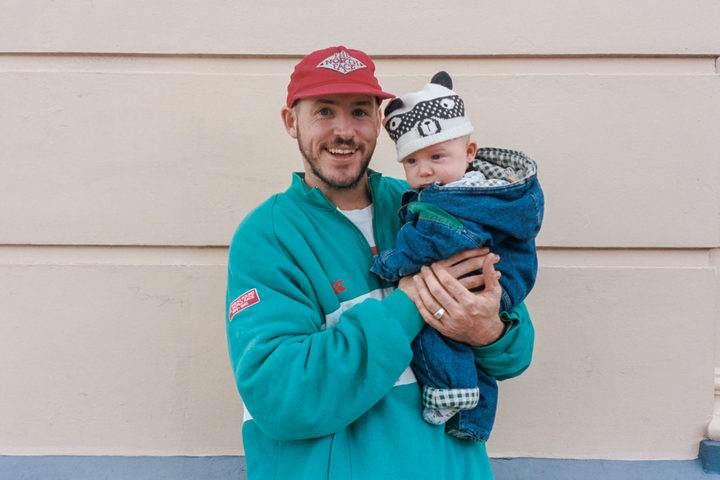 "[My son] is the inspiration for everything I do. It's something to put your heart and soul into without your ego getting in the way.

"With music, ego quickly will interrupt you and be like, "Hello, I'm Ego. I'd like to buy shares in your business." And with parenthood, there's less of that.

Though his old group Home Brew still performs at festivals like the recent Homegrown, they don't usually play the drug and alcohol-fuelled songs they became known for. But Tom does think about making music under the moniker again.

He explains why: "The Avantdale Bowling Club album ... was made in Avondale, and I wanted it to be for Avondale ... tracks like 'Pocket Lint' are about being broke and feeling disenfranchised ... I made that for people in Avondale.

"But when I hear the sirens on the bottom of people's cars driving past my street, they're not playing that song.

"It's kind of like academics that speak about working class issues ... in a language that no one can understand ... I don't want to make that kind of music.

"So sometimes I romanticize the idea of doing a Home Brew album for Avondale ... I might be able to find a way to do it."

Tom's track selection for the Mixtape – where guests choose six of their favourite songs, was influenced by the mood in New Zealand since the Christchurch terror attacks.

It still happens today and that's why I found it relevant, I think with the situation we've had.

People of a different faith are considered these aliens by the mainstream media, and criminalized, and you know, turned into people we're told to fear. And I think it's so dangerous to do that. We've got to make sure that we help people to see the truth as artists, 'cause it's so well hidden by the people that set up the system.

And racism still exists is what he's saying, and he wishes that he didn't have to write a poem about racism, but he did. And I think he sums up how a lot of us might feel it at this point in time.

My dad sent me this track about a week after the tragedy in Christchurch. So yeah. Shout out to my dad.

And if that's where you get your news from instead of the front page of The Herald, you're probably gonna be a bit more tapped into the truth then.

Tom: This is just song that... it's just a warm hug when you need one. I just felt like now was the time we needed something like this, this gospel music. It's the music of people that need hope, it's the hope for people that don't have hope, you know?

I think a lot of the time church is not even about religion. When I see churches around my neighborhood, I see it more as a community centre, to be honest. And I'm agnostic, if not atheist ... I don't know where I stand. I think there's some kind of thing bigger than me, but I don't know if it wants me to obey its ten commandments.

But yeah, I think [community] is at the heart of the church. That's what people are really there for, to get together as a group and sing. And that's something that's been removed from European culture. It used to be something we did when people came back from war, or when people were getting married. And now all we do is sing a blimming birthday song, you know? So yeah, I think gospel music is beautiful for that reason.

Tom: I was going for a walk this morning, and I was listening to an album by this guy called Tree and [the Willie Hutch] sample came up, and I remembered how much I love this song. It just made me feel good, and I just love the line, "A love that's worth having is sure enough worth fighting for."

That just summarized it perfectly.

Tom: [This band are] friends of mine, but I'm just bragging. [The group includes] Dandruff Dicky who was in a group called @Peace that I was in; Tonga Vaea, who's in Avantdale Bowling club; Si Res; Tyra Hammond from Open Souls; and Hone Be Good.

Hone is one of my favorite people and lyricists in the country, and I think he's someone that's really underrated and really slept on. In this record, he describes his home, his house, but he says it's more than that. And he explains it in such intricate detail that you almost can smell the place. And yeah, I just love this record.

Tom: Hone's actually got another album we're about to release on our record label that we're starting. We're putting together a legitimate record label 'cause we've always had a little collective called Young, Gifted, and Broke, but we're not so young or broke these days. So the acronym is still YGB, but it's Years Gone By.

Yeah, so shameless plug, but we're putting out Hone's new record which is with a dude called K*Saba and it's called Bird of Paradise.

Really excited to release it. He's been sitting on it for about three years, so he's probably over it, but I'm really excited about it and I think people are gonna love it.

This track is not yet available online.