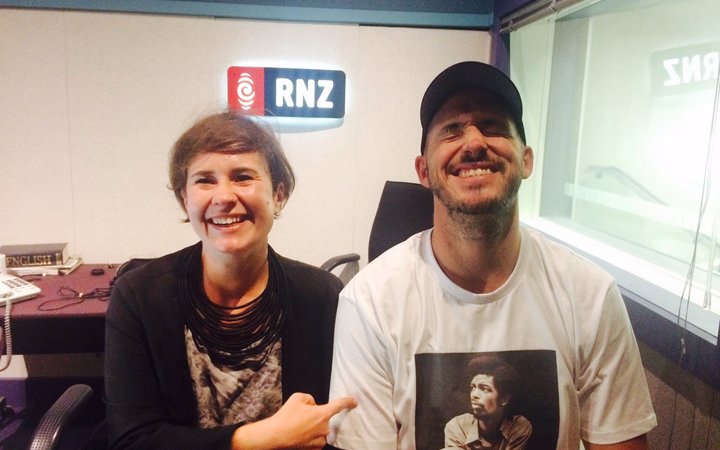 Rapper Tom Scott, of Home Brew, @Peace and Average Rap Band is back living in his stomping ground of Avondale after five years living in Melbourne. He and his partner are expecting their first baby and have returned to, as he puts it, “raise the seed in the same dirt that I was planted in.” But while he might be quite literally right back where he started, Scott’s time across the ditch has lent itself to significant artistic and personal growth.

“I think in life you forget sometimes that you’re living out the demands of a 17 year old you… and you’re still working to complete that person’s dream. It’s like, ‘hold up I’m 32 years old why am I living for you?’… In Australia I learnt to cut that guy loose and do what I wanted to do,” he says.

His time overseas also saw Scott clock up an impressive amount of work. He’s currently sitting on a few albums’ worth of material - including for a project he’s about to take into the studio under the name Avantdale Bowling Club, which he aims to be, “not like a rapper who tried to make a jazz record coz that always sounds horrible… [but] like a record that you picked up in the 70s except some guy’s rapping on it.” (Click the audio link above to hear the demo Tom played live).

While Scott is excited to share this work with his fans, he also tries not to spend too much time thinking about how it might be received.

“With every project you want to try and grow but the truth is I don’t think genius happens… linear. I think you just stumble upon it. So you think this next project is going to be your magnum opus and then it just turns out to be something that isn’t really better than the last one… You just have to keep going and hope that something you throw sticks to the wall.”