Kaaterama Pou on her debut EP Shine Your Light

Shine Your Light is the literal translation of Kia Kaaterama Pou’s name. It’s also the title of her debut EP, which is out today to coincide with the 100th anniversary of the Rātana movement. She speaks to Kirsten Johnstone about the kaupapa behind her songs. 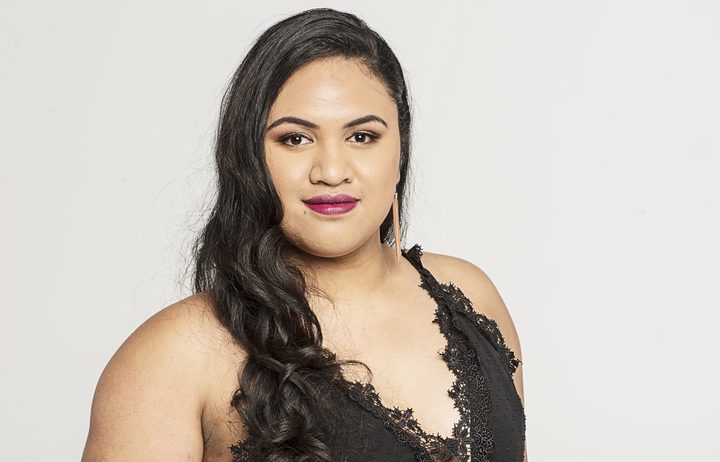 18-year-old Kaaterama Pou (Ngāpuhi, Te Arawa) is a rising star of te reo Māori music. She's been learning the ropes of the music industry as part of hit-making collective Maimoa Music, and with Rob Ruha as a backing vocalist.

Kaaterama has also featured in the Māori TV series Voices of the Future and this year, was a mentor for young artists on Māori music youth development show Uruwhetu.

Raised in Te Haahi Rātana (the Rātana church), Kaaterama is releasing her debut solo EP today at its centennial celebrations.

“I’ve been brought up in Te Haahi Rātana, this faith, and I just felt like it was the right time to release the music, and to launch it there as well ... Me and my family have been going to Rātana Pā every year since I was born.”

Kaaterama, along with her grandmother (Nan), are part of one of the seven brass bands that Rātana is famous for, and they’re responsible for marching the politicians onto the marae for their annual visit to the pā every January.

“My Nan taught me how to read music and play instruments, and ever since then, I’ve been part of the band. My instrument’s the tenor horn.”

She says that creating her first solo work, which was recorded at Neil Finn's Roundhead Studios, was a little nerve-wracking and a lot of hard work.

“I’m used to singing in a group, with Maimoa and stuff, and I just have to go in there once and then that’s it, that’s me done. But me doing it solo, it was really hard but exciting.”

“I’m used to old taretare [scruffy] places, you know, in the garage - but I’ve been there [Roundhead] before, with Maimoa - that’s where we recorded our first single.”

Kaaterama’s own first single ‘He Iti’ has an environmental message, and talks about looking after our native trees, the sea, the rivers. The video for it was shot not in Aotearoa, but in Taiwan.

RNZ Music will be premiering Kaaterama's 'He Iti' next Tuesday, November 12.

Kaaterama had the opportunity to visit Taiwan with a few of her Maimoa bandmates, and they headed for the hills to meet some of the indigenous tribes of Taiwan. It’s thought that Māori and indigenous Taiwanese have common ancestors, and this was obvious to Kaaterama, whose first language is te reo Māori.

“I could kind of understand what they were saying. And the way they present themselves, like they’re very respectful, they’re really good at manaakitangata [hospitality], and the way they sing and do dances is really amazing. It’s similar to Māori culture with kapa haka, they have rākau, taiaha, patu.”