Unknown Mortal Orchestra’s Silver Scroll nominated ‘Hunnybee’ had its beginnings as a lullaby for Ruban Nielson’s daughter. Here he lays out the struggle of writing an earnest love song for our Anatomy of a Scroll series.

Ruban says he was putting his daughter down for a nap in the afternoon when he started singing to her.

“Sometimes I make up songs for my kids to make them laugh, so I’d been doing that but it wasn’t helping put her to sleep.”

“She was only three or four at the time and I was making up a song to sing to her like a lullaby.

“It was the only time I’ve made up one of these silly songs I sing to my kids and thought maybe this is an actual song,” he says. He decided to recorded it on his phone but it went on to sit in a folder on his computer for about four years.

“I wasn’t prepared, for a long time, to write that song. I didn’t have it in me.”

Ruban says he finds it easier to write songs that have a pearl of cynicism or dark humour to them. He was scared that writing a completely earnest song would come across as corny or pointless.

“There’s no smirk behind it or anything. It’s the first song I’ve ever written that feels like I’m being completely sincere because my relationship with her is like that - there’s no twist to it - she’s my daughter. I needed that song to feel like love.”

Ruban was at his brother Kody’s house with bandmate Jake when they began working on the song in earnest.

“It came together really quickly. We were in a family environment, it felt good, the weather was nice, it was a very breezy day so what we played was exactly the way the day felt.” 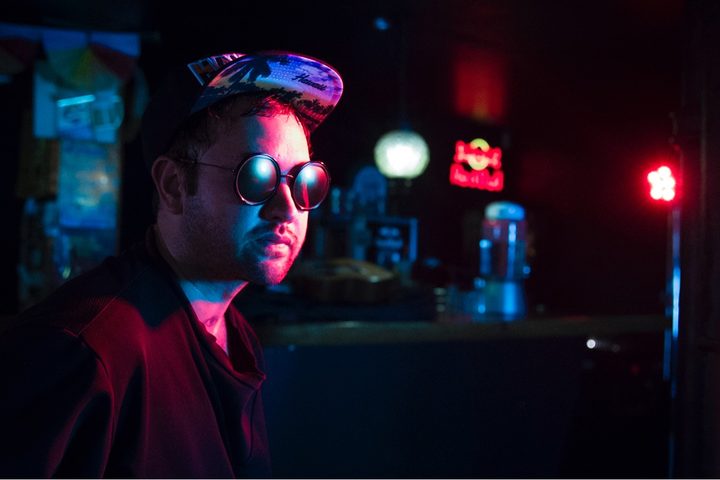 The string section, one of the original ideas for the song, was outsourced to friend Naomi Win, while the piano part was recorded during a monsoon in Hanoi. The line in the song “warm rain and thunder”, which he wrote in Portland, felt especially relevant in a Vietnam monsoon.

“One of the things that’s so cool about songwriting is that these strange things happen. We were stuck in the apartment where it was humid and rainy and there was a beautiful Yamaha piano there, so we just put a microphone down and recorded the piano part.”

Ruban says the song has special meaning to him and listening back to it brings back good memories.

“When the song started to come together I felt really great about it. I was thinking this might end up being a single or something and then I thought what if this is the best song I ever write,” he laughs.

“What if this is the song that makes me the ‘Hunnybee guy’ - like ‘this is it’”.

Seeing that the song had come out quite poppy, he decided to add a guitar solo that Unknown Mortal Orchestra fans would be able to appreciate.

In the end, it’s his daughter who’s the centre of the song and that makes it “pretty special” for Ruban. He says he wrote it with the idea that she would listen to it in the future.

“I don’t know if I’ll even be around when she actually listens to the song and tries to figure out what I’m saying to her. At the moment she just hears her name on a nice tune and thinks, ‘oh cool, I have a theme song’”.