Fiona McDonald has been singing her whole life, but is best known for her work with Strawpeople and Headless Chickens.

In this episode of the RNZ Music Mixtape Fiona shares seven songs that have influenced her, as well as stories of motherhood, joining her favourite band ever, and fronting TV shows that no one watched (or needed). 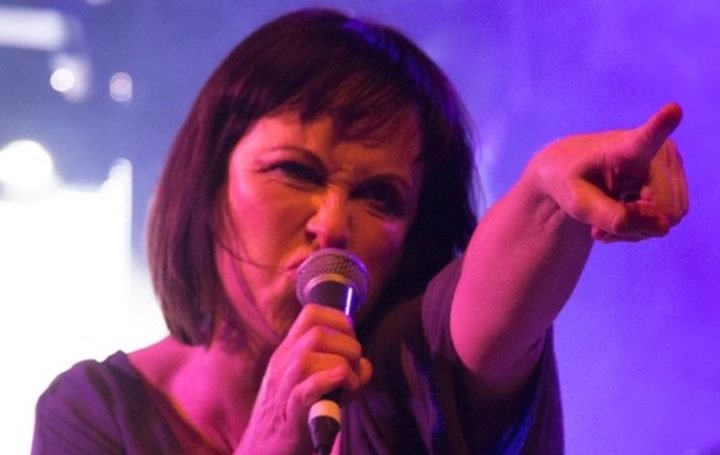 Fiona McDonald began singing much like most kids begin talking: there was no specific starting point, she’d just always done it. The singer - well-known for her work with the Strawpeople, Headless Chickens and as a solo artist - recalls, as a kid, taking a bowl of grated cheese with her and finding a quiet corner to belt out Glen Campbell songs.

Fiona credits Catholic school choir for teaching her how to listen and harmonise, as well as giving her a good grounding in music history.

At Auckland University she worked for legendary student radio station 95bFM, singing their jingles. A young Greg Johnson happened to hear her and suggested she join his band. Eventually she was asked to join her favourite band at the time,The Headless Chickens, then the studio-only band Strawpeople. Following her success in both bands Fiona moved onto a career in solo music and TV.

This song is from Tricky’s first album who - in the 90s, was making music like no one else. I pretty much love anything that Tricky has done and Martina Topley Bird. I love her voice. I love the languid way she sings and the sadness that’s dripping off every syllable. I think this song is the bomb.

When experimentation with sampling entered the music scene, it was quite liberating because it used to just be a bass, guitar, drums and vocals. Then it was anything: recording a sneeze, recording a person on the street, anything. Then Portishead rose above everything else.

Beth Gibbon’s vocal delivery is so cool, along with her reserved persona, and then she opens her mouth to sing and it just breaks your heart. The first time you hear ‘Sourtimes’, the line, "Nobody loves me it's true" is heartbreaking, but then the next line comes along, "Not like you", so this really sad song is actually one of hope and love.

‘Strange Fruit’ is about the lynchings in America, "Strange fruits hanging from the trees, you know the black bodies swaying in the southern breeze."

Due to her prison term [Billie was convicted and sentenced to one year in prison for narcotics possession in 1947] she was not able to get a licence to play in nightclubs. She only could play the big venues but loved those small smoky bars.

When you listen to her music it’s sad and you wish what she was saying wasn’t true but she owns it.

Joy Division really spoke to my 13-year-old self as far as emotions you can’t articulate go. The wonder of Joy Division is that lyrically it was so far away from anything else at the time.

I wrote the lyrics - along with Shakespeare, all over my school folders. I think they go hand-in-hand. What I didn’t realise when I was 13 is that the bass player is playing melody, he’s not playing bass lines.

The same goes with any song by them - it’s melody and it’s weird. The production is so crisp and cold and the lyrics are harrowing.

It’s kind of special. I was living and working in Australia when this song came out. I would put my desire to come back to New Zealand down to this song. At some stage I went, “Why am I not home?” It’s so bonkers and powerful and blew my mind.

Related: Listen to Chris Matthews of The Headless chickens on The Mixtape

Along with Patti Smith, I consider PJ Harvey to be extremely influential in my life. They are two incredibly strong women making outrageously good music. I think I verge on idolising Polly Jean [aka PJ]. I just love her.

She was one of the most disappointing things of my life when she came here this year. Absolutely appalling. I couldn’t wait to see her and we ended leaving before it even ended.

The woman is so incredibly sexy, but now it’s just sad. At Auckland City Limits earlier this year Grace Jones played and there is more sex appeal in that woman’s little toenail. I mean no disrespect to Madonna because she’s incredibly sexy but the way that she portrays it is different to Grace Jones.

However, growing up, in the film Desperately Seeking Susan, there she was with her unshaved armpits and little puku looking really rad and different singing pop with a snarl on her face.

She was kind of the first staunch role model I got from a woman. I wish she had done more music like this, it’s her sexiest song ever. I salute her but I will never see her live again.