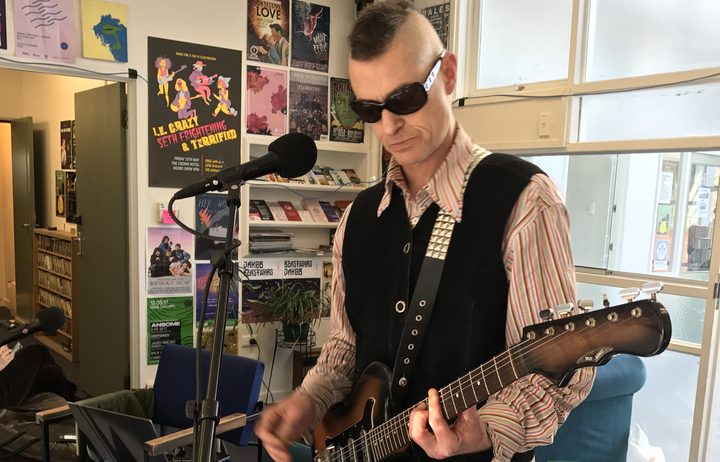 Chris Heazlewood of King Loser, plays live from the Radio One studio in Dunedin.

"We could have been having a funeral, but instead we were having the Silver Scrolls" says Heazlewood, commenting on the influx of musicians to his hometown of Dunedin last week.

It's a pertinent comment for him to make. In September this year, his King Loser bandmate Celia Mancini was laid to rest.

He plays a song for us on guitar and keys. A minute or two in he's riffing on a paragraph from an obituary he's just read in Critic Magazine by Hannah Herchenbach.

"If all of the people who had an impact on each other’s lives could be seen at once, it would light up the night like rich constellations in a cloudless winter sky. But as time passes, clouds form. The brightest lights slowly fade, and some disappear altogether from sight.

Yesterday, another soft glowing star faded from the constellation that tells the story of a time and a place."

It's a moving tribute, and those of us witnessing it feel the emotion he brings into the room. King Loser were more than a band, they were a gang of misfits, brought together by a love of surf music, stylish clothing, and partying.

"We played her Bob Dylan 'Don't Think Twice It's Alright', did a bit of freestyle guitar, and then just left the guitar feeding back on top of her coffin and went and sat down. Kind of like a mic drop. 'Bang, get that, bitches.'"

He's clearly shaken by the loss, but says "I'm still measuring the size of the hole."

Heazlewood was also a good friend of Peter Gutteridge's, who died three years ago. He was honoured at Thursday night's Silver Scrolls as a founding member of The Clean, who were inducted into the NZ Hall Of Fame.

"He's a very eloquent chap," says Heazlewood of Gutteridge. He refers to him in the present tense, "because he's everywhere. Sightings continue, [he's been seen in] the Countdown supermarket shuffling around in a pair of open-toed sandals with socks." 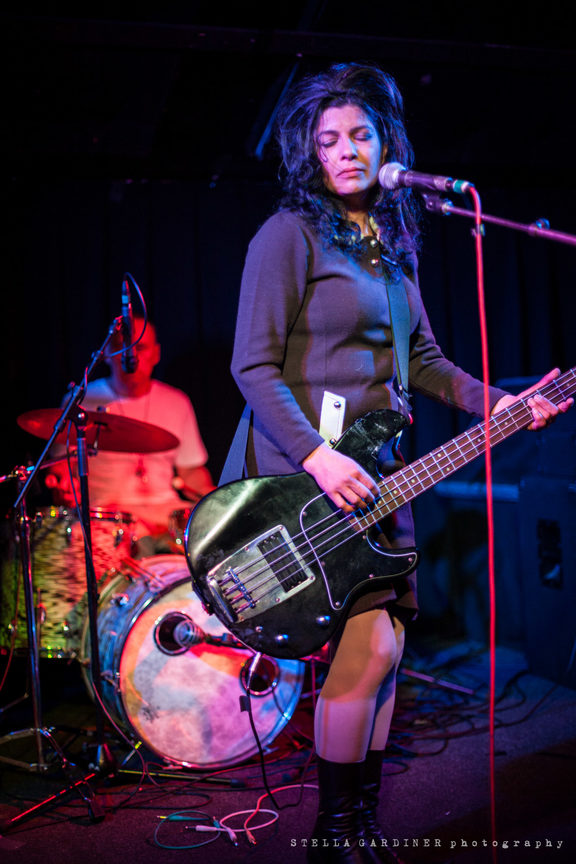 King Loser were known as snappy dressers, and style is something Heazlewood reckons he inherited from his mother. "And of course Celia thought it was a crime to go on stage looking like you'd just cut the lawns at home. We all got put through that critical filter - and were found wanting."

Celia was the band's archivist, and a box or two of her collection is with Andrew Moore, who is making a documentary on the band's reunion last year. But Chris assures us there's more: "She kept everything."

"There's quite a rich patron in Australia who has digitised all of Celia's archive. She had a TV series in the mid-90s called 'Slightly Delic', she had a lounge band in Christchurch called 'Celia Black and the After Dinner Mints', an r'n'b outfit called the Axel Grinders, a girl punk rock band called the Stepford 5, and a record's being made of ALL of that.

"She was a difficult person, but she was an easy person to write off." Heazlewood describes Mancini as extremely outspoken, and larger than life, and bemoans New Zealand's lack of acceptance of her.

"We don't like people to stand out too much." 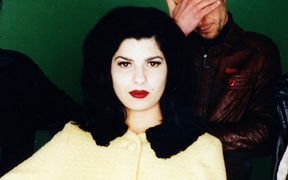 Celia has been an unforgettable, influential and much loved figure in NZ’s rock and experimental music scenes since the mid 80s. Many on social media have described her as ‘a force of nature’, ‘a true… Video