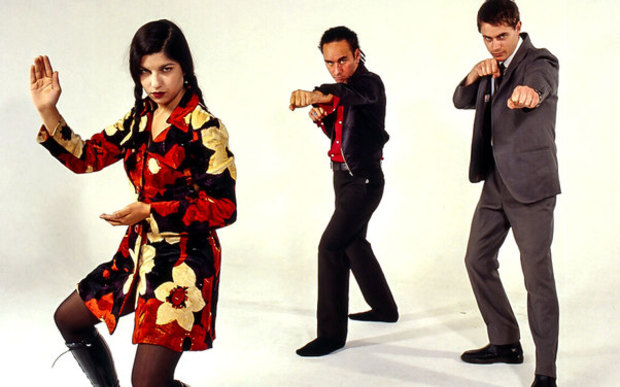 King Loser are about to hit the stage again for the fist time since the 90s. How will their reunion play out?

The band's mesmerising mix of snappy surf guitar, sloppy drones, reckless rock'n'roll and croony covers stood them apart from their local contemporaries in the early to mid-'90s.

The nucleus of the group – multi-instrumentalist Celia Patel (a.k.a. Mancini, aka Pavlova) and guitarist Chris Heazlewood – had five prolific years making music together, but volatile chemistry and self-destructive tendencies took their toll.

“I’m on the edge of a precipice looking a long way down.” Guitarist Chris Heazlewood has good reasons for feeling apprehensive about the forthcoming two-week run of King Loser shows.

He’s only just clawed his way back up the cliff, following a descent that began 25 years ago.

You may have seen him on the news last year, talking about the life-saving Hepatitis C drugs that he had imported from India for a fraction of the price they are available for in New Zealand.

He spoke candidly about the band being paid in drugs, and the dirty needles that he contracted the disease from. He was in a pretty bad state, his liver was about to give up.

Nine months later, he’s feeling much better. His head is clear, and he’s finally off the Methadone.

“I could happily stay at home, and have cups of tea and walk the dog. Spend my days reading, playing the guitar and synthesiser.” But he’s agreed to do the King Loser tour – with caveats in place.

Both had been in loads of bands already – Chris had grown up going to gigs by The Clean, The Dead C, Peter Jefferies and The Puddle.

He had taught himself guitar and played in Sferic Experiment, had his own band Olla, and had released solo records. 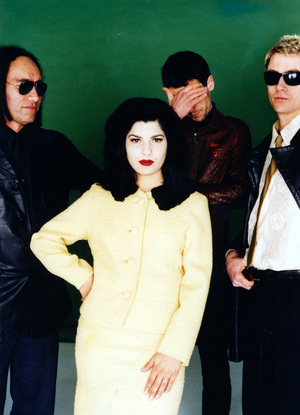 Celia was in five bands in Christchurch including The Axel Grinders and Into the Void, and fronted a band called The After Dinner Mints.

“She manipulated all these older men into dressing up in tuxedos and playing old Sandy Shaw, Frank Sinatra, Dean Martin, at racecourses, corporate conferences,” Chris says. “And she would be paid thousands of dollars.”

So when Glenn Campbell of Auckland band Solid Gold Hell was looking to put together a Cabaret band, he summoned both Chris and Celia, along with drummer Duane Zarakov, and quickly found himself booted out of his own band.

The trio bonded over their love of instrumental surf music by the likes of Dick Dale and Link Wray. They started rehearsing straight away, above Bob Frisbee’s studios on Mayoral Drive.

“We took an Akai stereo two-track up with us, and we would have a cheap cask of red wine, and we’d play for three or four hours,” says Chris. “He was a blistering motherf***ing guitarist,” recalls Celia.

“Duane and I looked at each other and our mouths dropped open!”

A string of support shows quickly followed, with Straitjacket Fits, The Chills and The 3Ds. They built a reputation for primal, out of control, but impressive live gigs, including one notorious show at the Las Vegas strip club on K Road.

The band had a few different drummers along the way, depending on the city they were based in at the time.

Celia and Chris had high standards for their bandmates: “I always needed a jazz drummer,” says Celia. “Someone who could play like Keith Moon on a jazz ship.”

“We might have been complete arseholes as well” says Chris. “They might have got sick of the drinking or the aggressive stage presence. Often I would yell at drummers 'Is that all you’ve got?!' in the middle of a tune.”

Chris had been a heavy drinker from his teen years in Dunedin. He says, “It wasn’t until I got to Auckland that I realised that standing in the hallway of a party with a 750ml bottle of vodka and drinking the whole thing was not normal.”

Alongside Celia, his dependencies moved to drugs – whatever was available. “It didn’t do anything positive. Drugs – they’re not good to have with an artistic medium,” says Chris.

Their fraught three-album agreement with Flying Nun was on the proviso that the label got the band overseas. They were set to play shows in New York with Sonic Youth in 1996, but circumstances conspired against them.

The band’s studio gear and merchandise were burgled, which sent Chris spinning into a mental breakdown and a stint living under a bridge. “It was all too much – the bottom dropped out of my life.”

And that was it. Celia tried to get another guitarist to make the US tour, but no one could replace Chris.

Chris pulled the pieces of his life back together enough to continue playing and releasing records, but continued his daily opiates. Both would pop up now and then for gigs through the 2000s, and just as suddenly disappear again.

Last year though, a video appeared that had been filmed at the Audio Foundation in Auckland. It’s of King Loser performing The Grateful Dead’s ‘Morning Dew’, which appeared on their album You Cannot Kill What Does Not Live.

Celia has two broken arms and she’s missing teeth, but it’s not stopping her swigging wine from the bottle and dancing.

It’s unrehearsed and recorded on a phone, but it’s all still there. On-again off-again bandmate Sean O’Reilly was with Chris when Celia stormed the stage. “She brought her own drummer,” says Chris.

“I was in hospital and my friend Bobbylon, he’s a drummer, he was there too,” Celia says. “We heard [Chris and Sean] were playing, so we came down and saw them.”

Celia had been knocked off her scooter by a car – for which there is a pending court case.

“I don’t know what would stop Celia,” says Chris.

Celia is clearly delighted that she’s got the old gang back together again. “I get to play with Sean, Chris and Tribal again. What a lucky girl! And they have to put up with me. Jesus, poor things.”

King Loser: Chris Heazlewood, Celia Mancini, Lance ‘Tribal Thunder’ Strickland and Sean O'Reilly play The Others Way this weekend, and have dates around the country until 22 September.