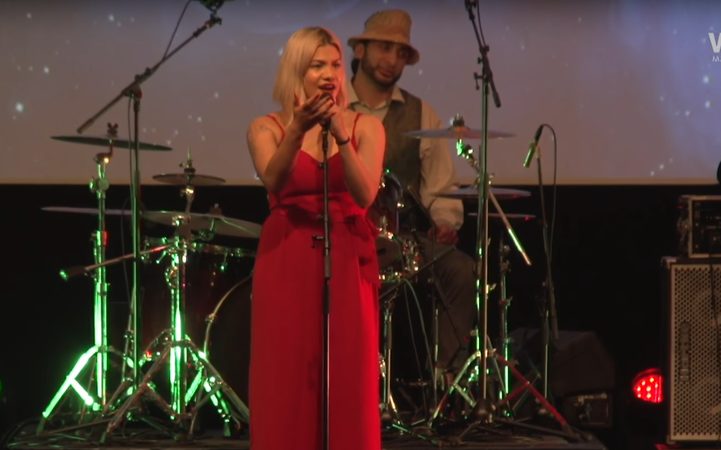 Māori music displayed its diversity and its vitality at the tenth annual Waiata Māori Music Awards last week.
Attendee, nominee and correspondent Noel Woods gauged the health of the waiata and kaupapa of community.

The awards were conceived by the late Tama Huata, Ngati Kahungunu‘s exponent of waiata and kapa haka as a way to revitalise and celebrate the songs of Māori artists. Huata’s kaupapa was acknowledged throughout the awards night in Heretaunga, though his daughter, Ellison is now at the helm of the annual event.

She confirms that  “the awards are gonna continue for many, many more [years]” and is positive about the health of Māori music. “It’s really great! New talent, new styles coming through.”

With a younger generation of artists like Rei, Teeks and Alien Weaponry impressing the judges and audiences alike, many manuhiri (visitors) on the night reaffirmed Ellison’s comments and aspirations to bring waiata Māori to bigger, mainstream audiences.

“It’s cool we’ve got a night that recognises all the hard work that a lot of our people put in" says Best Urban/Roots nominee Israel Starr. "Not just the artists, but the people behind the scenes as well. Ten years now just proves how strong Māori music is and hope we go another ten years."

Haka metal trio Alien Weaponry who closed the awards with a blistering performance of 'Rua Te Whenua' embodied one of the identity-searching questions that have arisen in the community, namely: what is waiata Māori, and should the awards make a distinction between Māori artists who sing and write waiata Māori and those whose material is in English?

“It’s a tough question,” says Troy Kingi who took home his first ever awards for Best Pop Artist and Best Male Solo Artist. He admits he hasn’t got to the stage of singing in te reo yet. But that “it’s about having that spirit or wairua in your music. Even though Māori artists aren’t singing in te reo you can still feel that Māoritanga in there.”

Noel Woods reckons that waiata sung in the reo isn’t an obstacle to wider success, citing the global popularity of Spanish language hit 'Despacito'. “It just goes to show it doesn’t matter what language we can hit that number one spot.”

“A lot of the time we are using the same old...sound that English music uses. Can we say that because something sounds like a black choir from America...that [its] Maori music even though it’s in the language?”

Maaka Fiso, who was up for a Best Pop Album, has a message for anyone thinking about making waiata Māori.

“If you think you’ve got it, man you just need to share that with someone. We don’t like to toot our own trumpet to make a fuss about ourselves but if you’ve got something to share with the world you need to share it.” 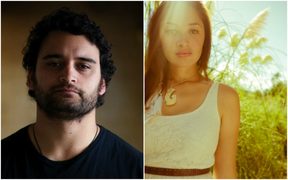 The 10th annual Waiata Māori Music Awards were celebrated in Heretaunga on Friday night - get to know the winners.  Video, Audio 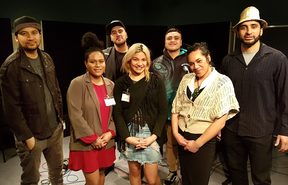 Stan Walker says he 'wanted to go to war' in the video for his new song 'New Takeover', which is a powerful statement showcasing Māori as beautiful, composed and powerful. Video, Audio

Listen duration 16′ :54″
Add to playlistPlaylist
Download
Stan Walker: 'This is probably the strongest I’ve ever been'

Musician-actor Troy Kingi, best known for his role as selfie-dad in Hunt for the Wilderpeople, drops into the RNZ studio to for a chat and to play a couple of songs from his new album Guitar Party at… Video, Audio