Musician-actor Troy Kingi, best known for his role as selfie-dad in Hunt for the Wilderpeople, drops into the RNZ studio to play a couple of tracks from his forthcoming double-album Guitar Party at Uncle’s Bach.

Whatever Troy Kingi turns his hand to he seems to just glide through it. Take his star-turn in Taika Waititi's Hunt for the Wilderpeople as TK, the affable father who made a hash of his selfie with juvenile outlaw Ricky Baker in between cheering for the NZ Warriors.

"Acting I kinda just fell into by accident," says Kingi. In all his roles, including Wilderpeople, he's "just trying to be as natural as possible".

"All my lines were my improv lines. There was no line about the Warriors in the script."

Swimming through life is an appropriate metaphor for a certified diving instructor, which was Kingi's day job before the "singing and acting buzz took off".

Kerikeri-based Kingi – a self-confessed seafood addict, took the diving instructor gig in order to feed his growing family: "I was doing music for a long time, but music wasn't bringing in the dollars."

Following his wife's wise advice to find something he loved doing, Kingi took himself off to his local Northland dive shop and became a dive instructor.

"One of my big passions is diving. Getting seafood. It's nice therapy, especially if you're having stressful weeks. You just go down there and there's no noise, it's basically just you and your thoughts, just cruising." 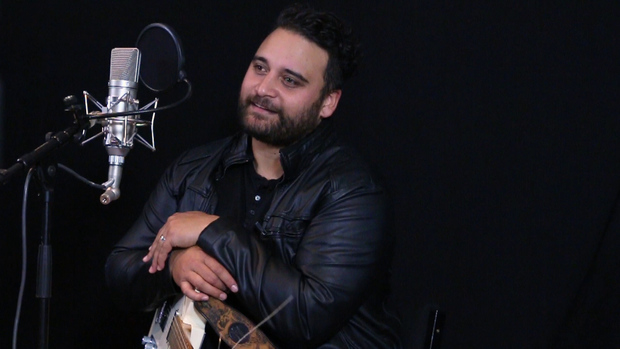 Music and performance have been a constant for Kingi since his boarding school days where he picked up the guitar as one Te Aute College's kapa haka performers.

Although most of his repertoire consisted of kapa haka standards and some Bone Thugs-N-Harmony, the family's relocation to Kerikeri in the 90s saw Troy's musical horizons expand to Limp Bizkit and Linkin Park when he attended the predominantly Pākehā local high school.

Now a firm fan of Queens of the Stone Age and "anything by Jack White", Troy describes himself as a dirt-blues guitarist.

Kingi's album Guitar Party at Uncle's Bach is out next month, but he's had the concept for over eight years.

"I started recording me and my mates on the piss, singing, laughing at parties. When I first started doing I'd set up a mic and you'd listen back and hear an uncle or auntie telling a joke, or you'd hear a real funny laugh in the background, or everyone would be singing 'Tutira Mai Nga Iwi', or something."

"I just liked the essence of that."

In between raising his four children in Kerikeri, Kingi has traversed the country performing live, starred in films such as Pa Boys and Mount Zion, and mentored prison inmates in the final season of Māori Television's Songs From The Inside, which may explain why it's taken eight years to write and record his forthcoming double-album Guitar Party at Uncle's Bach. 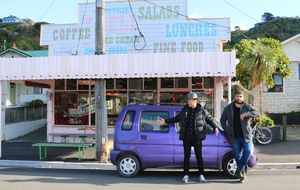 The album is inspired by Troy's love of guitar singalongs at family gatherings, and it was recorded in Lyttelton at Ben Edwards' Sitting Room studio.

He sat down with Yadana Saw to shares some of the tracks from the new release.