One of the most influential - and genuinely scary - bands to come out of New Zealand. Includes The Enemy, Tall Dwarfs, and other related goodness. 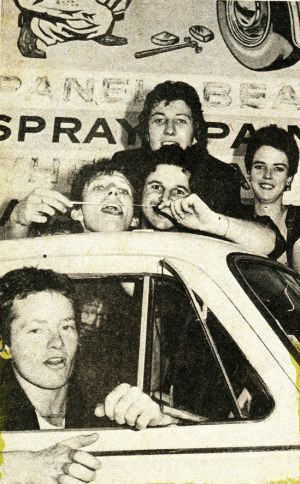 America had The Ramones, England had the Sex Pistols and New Zealand had The Enemy. Bands at the vanguard punk rock who inspired their audience members to grab some instruments and give it a go themselves.

The Enemy emerged from Dunedin in the late 1970s, a time when local bands didn't write their own music and a New Zealand where punk rock was a novelty item on the evening news. This was a band too far ahead of its time.

The Enemy spawned Toy Love – a musical collective, with each band member adding elements to create a sometimes chaotic sound that never hid the fact that these were genuine pop songs. While the band improvised as a matter of course, the songs retained a solid base with musical and lyrical hooks.

But when they hit the stage it was Chris Knox, snarling, bleeding, screaming his way through the show. Daring the whole bloody audience to "come and have a go" if they thought they were hard enough.

Perhaps fittingly, Toy Love burnt brightly but briefly, cramming a career's-worth of work and rock'n'roll adventure into just eighteen months between 1978-80, and influencing the direction of New Zealand music and the music industry along the way.