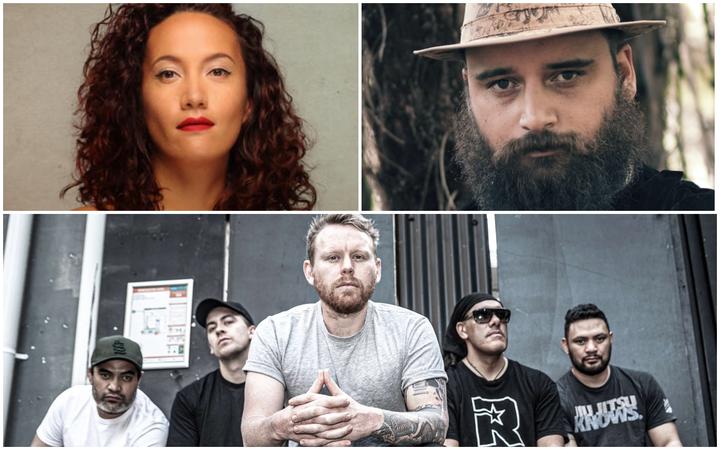 This week is the 10 year anniversary of Brooke Fraser’s iconic album Flags. Flags was written and released in 2010, and delivered some of Brooke's most well loved tracks including ‘Something in the Water’ and ‘Betty’.

To celebrate 10 years of Flags, Brooke came into the studio and chatted with Charlotte Ryan about the success of Flags and what she's been up to the last ten years. 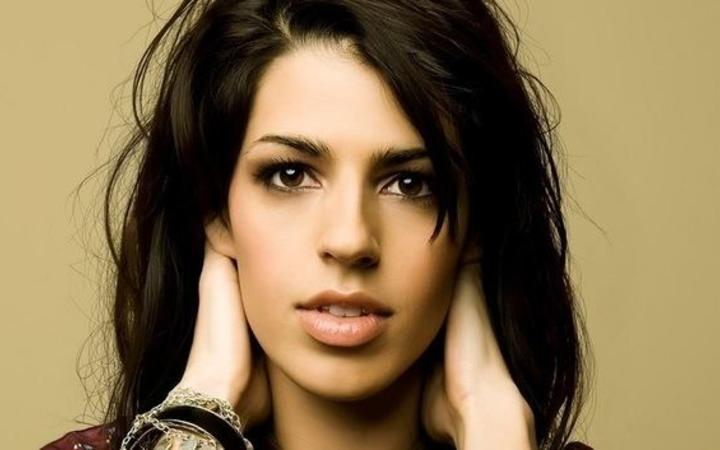 This year marks the 40th anniversary of the Roland TR-808, a piece of equipment that changed the sound of modern music forever, giving birth to entire genres along the way. Tony Stamp looks at the history of the device, and its impact on New Zealand music.

Even if you’re not sure what a TR-808 is, you’ve definitely heard it. In fact it’s probably in some of your favourite music. 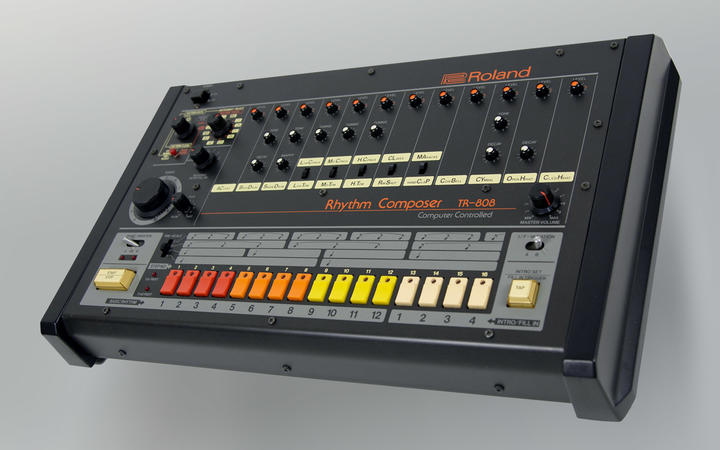 1:10 INTERVIEW: CUT OFF YOUR HANDS

After almost 15 years together, multiple tours around the globe and two albums, Kiwi band Cut Offf Your Hands are saying goodbye. As a final farewell to fans, the band release their third and final album HLLH. Their new single ‘Blue Smoke Draft’ is about “the instability of memories and the magic of reconnection both thorough and to music”.

Charlotte Ryan was lucky enough to speak with the band, in what will be one of their very last interviews.

Cut Off Your Hands played their final ever show at Whammy Bar in Auckland on 9 October and will perform their last Wellington gig at San Fran on 30 October with an eight-piece line-up which allows the full texture of the record to be realised in the live context.

Tickets are on sale now via Ticket Tailor. 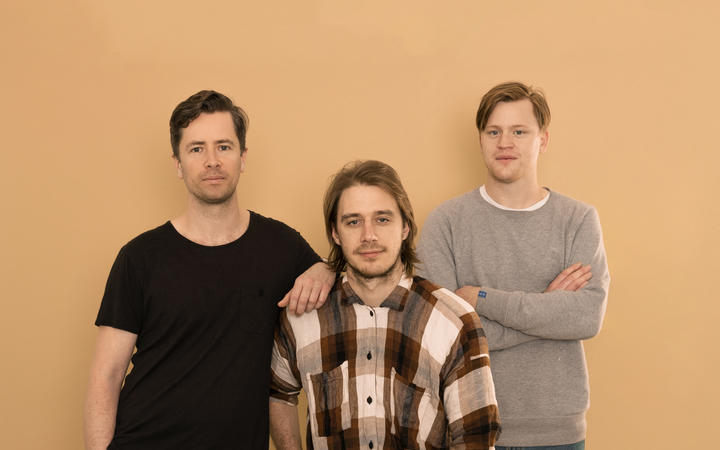 1:30 The Sampler with Nick Bollinger

Nick Bollinger reviews dark reflections on modern America from Sufjian Stevens and a celebration of an old-time song-and-dance man from Joachim Cooder.

Sufjian Stevens is an American singer, songwriter, and multi-instrumentalist. His debut album, A Sun Came, was released through Asthmatic Kitty, a label Sufjian and his step-father started together. Though his music is mostly known for being acoustic, emotional, and somewhat sad, Sufjian has actually released albums of many varying styles. From electronica to lo-fi folk and even a Christmas album.

More recently, he was nominated for an Oscar for his musical contribution to coming of age film “Call Me by Your Name’ with his song ‘Mystery of Love’.

Nick Bollinger reviews Sufjians latest album The Ascension on this segment of The Sampler.

Sufjian Stevens - Make Me An Offer 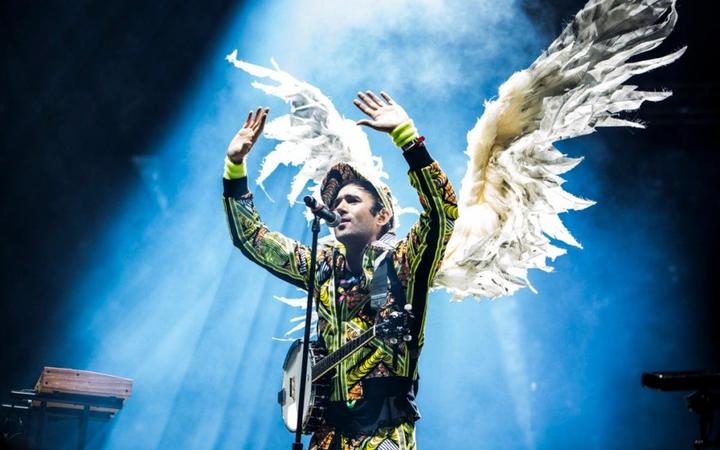 Joachim Cooder is a drummer and keyboardist best known for his collaborations with his father, Ry Cooder. His new album, Over That Road I’m Bound: The Songs of Uncle Dave Macon is Joachims reimaging of the plain-spoken songs of country musician and banjo player Uncle Dave Macon.

Nick Bollinger reviews the new album on this segment of The Sampler.

Songs payed on this segment of The Sampler:

Joachim Cooder - Over That Road I’m Bound To Go

Joachim Cooder - When The Train Comes Along

Joachim Cooder - All In Down 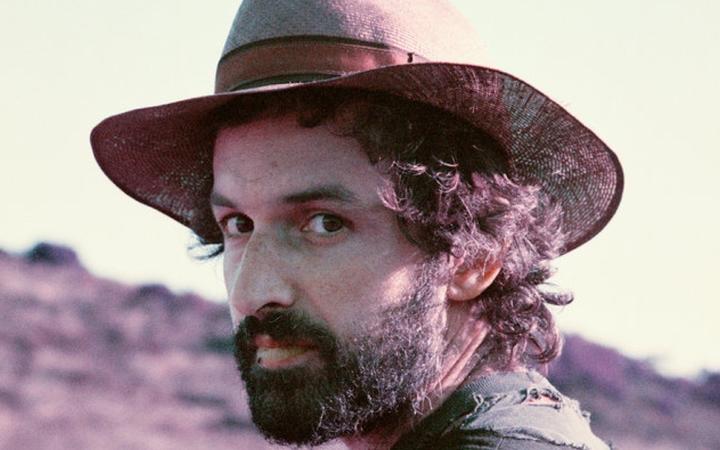 Auckland producer Sola Rosa, real name Andrew Spraggon has just released his seventh studio album Chasing the Sun. He dropped into RNZ to chat to Charlotte Ryan, and to perform live with his all-star band.

Andrew Spraggon has been releasing music as Sola Rosa for 20 years, starting with his debut EP Entrance To Skyway. Since then he’s released six albums and been nominated for multiple NZ Music Awards.

Ranuimarz hails from the West Auckland suburb of Ranui, one of the city’s most notorious. He started writing poetry and raps when he was 13 as a way of coping with his parents’ break up.

Although he's from a rough background, he's got nothing but hope for the place he grew up in.

Dunedin rapper Wax Mustang’s quick rise has seen him play big festivals like Rhythm and Vines, rub shoulders with All Blacks, and clock nearly 200,000 You Tube views. He was booked to perform in Australia too, before Covid got in the way.

The 24-year-old recently signed to Sony, quitting his day job as a carpet salesman to rap full time.

CHAII moved to New Zealand from Iran as an 8-year-old and learned to speak English by rapping to Eminem. Her debut single 'Digebasse (Enough)', with lyrics in both English and Farsi, reached one million views in its first week of release.

Her debut EP Lightswitch, which came out in July, has earned her a Best Producer nod at this year's Aotearoa Music Awards, and tracks from hit have been featured on the FIFA21 soundtrack, a global campaign by fashion brand FENDI, and on the soundtrack of the Charlize Theron film The Old Guard.

Abid Rahman is a 27-year old hip hop artist from Wellington. Originally from Dhaka, Bangladesh he goes by the stage name ABRZY.

By day, Abid works as an accountant at XERO: "Eevery musician in New Zealand has some sort of job," Abid says, "Whether it's hospo or the barbershop, I don’t see myself in any different scope just because I'm an accountant.

At school Abid wasn’t very good at sport, or very academic, but when he found rap, he thought, "This is me!"

Gino October has just released his first single on a major label. It’s a big deal for Gino who left Capetown, South Africa when he was 12 years old.

"I don’t think I did very well at fitting in. I went from being somebody that looked like everybody else to being the smallest kid with the biggest backpack and afro at school. 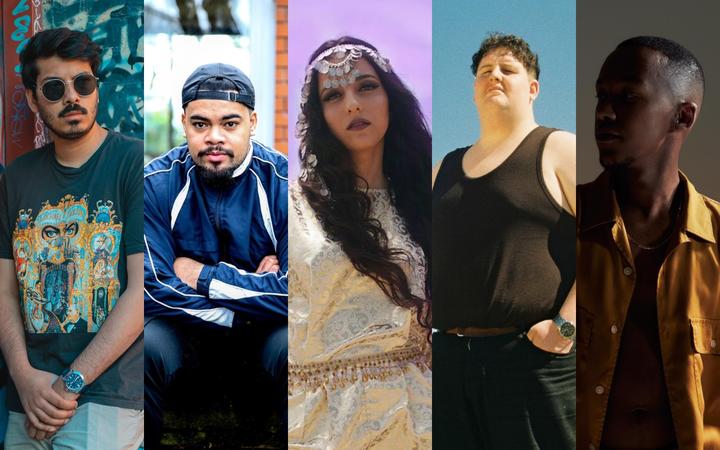 Harper Finn - Dance Away These Days 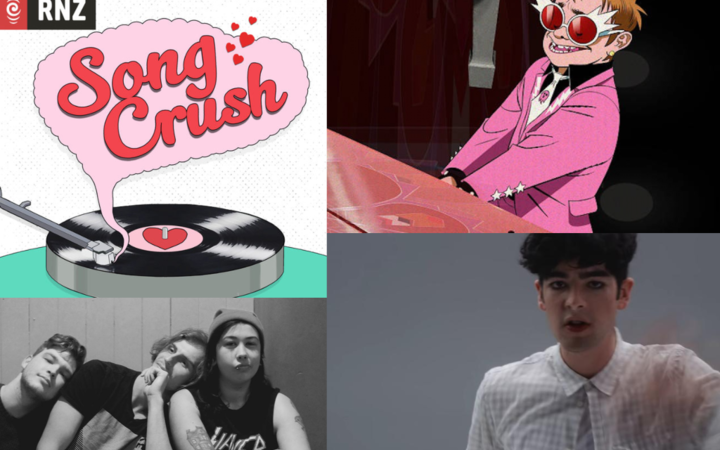 Julia Deans is one of Aotearoa’s most beloved musicians. The Cantabrian started her career in the early 90s with Celtic band Banshee Reel, then went on to form highly successful rock band Fur Patrol.

Since Fur Patrol, Julia has released two solo albums: Modern Fables (2010) and We Light Fire (2018); she’s collaborated with the likes of Shihad frontman Jon Toogood; she’s starred in Jesus Christ Superstar; and she’s toured, gigged and recorded all over New Zealand and the world.

Julia talks with Charlotte Ryan about life and picks her favourite songs on this episode of The Mixtape:

Check out this brilliant live session we recorded of Julia earlier this year.

Leisure - Got  it Bad

Stevie Nicks - Show Them the Way

The Subliminals - The Crystal Chain

Pacific Heights & Steve Spacek -The Weight Of It