Last weekend festival goers converged on a small valley in Tapu, Coromandel to attend the fourth annual Chronophonium. Boasting an eclectic line up of alternative art and music brought together by a "do it together" ethos, the festival hit a bump in the road, clashing heads with the Thames Coromandel District Council. Zac Arnold traversed to Tapu to meet with musicians, punters and the organisers with the hopes of experiencing everything Chony had to offer. 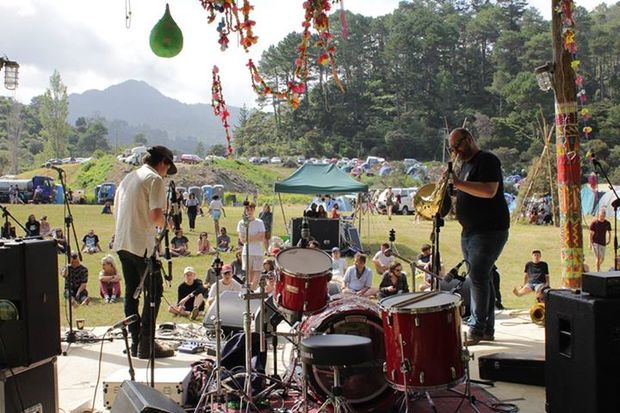 Huf and Brown perform on the 'this stage' at Chronophonium / Photo by Joon Yang.

While Run the Jewels, the critically lauded rap duo of Atlanta, Georgia native Killer Mike and Brooklyn born and bred MC/producer El-P, is a project only two years deep, their respective back stories cover 20 years of East Coast and Southern hip hop history. For Music 101, Killer Mike and El-P rewind the jewels, trawling through their solo back catalogues and offering up commentary on the selections. 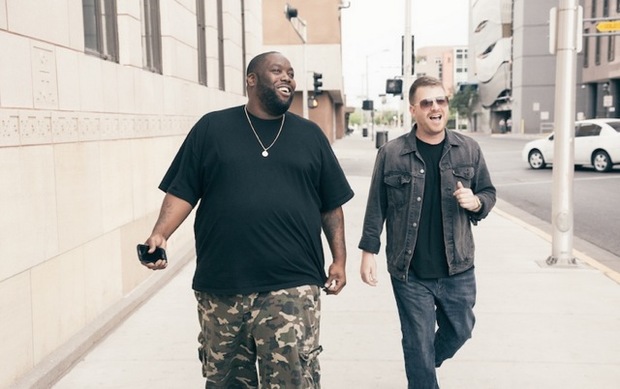 A game of fetch where Sam Scott (The Phoenix Foundation, Bunnies on Ponies) is given an obscure genre and a week to return with relevant musical examples and stirring stories. This week, he delves into America's new rave heartland with Country Dance Music. 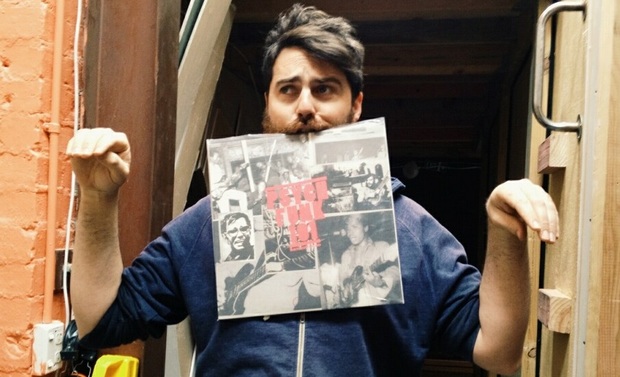 Californian songwriter Jessica Pratt has been touted by The New York Times culture magazine T as "The Folk Artist To Watch In 2015". With a timeless voice and finger picking acoustic guitar, she's had comparisons to Karen Dalton, Nick Drake, and contemporary artists like Joanna Newsom.

Pratt's second album On Your Own Love Again comes out at the end of the month – she joins Kirsten Johnstone in the studio during a brief visit to Auckland to play some of the new songs.

A History of Student Radio Part Four
A four-part journey through 45 years of student radio in New Zealand – the stars and bands who got their breaks, the politics, the music, the piracy and the ‘No. 8 wire’, sink or swim mentality.

For part four: We pull focus to the years following 2000 and zoom in on those to come, considering the place of alternative independent radio in the ever-changing modern media landscape.

3:10 Live: French for Rabbits at The Wine Cellar

Music 101 last heard from dream-pop outfit French for Rabbits, Brooke Singer and John Fitzgerald, with a tour diary documenting their European tour.  All in all, the duo clocked up 108 shows in 2014 both here and overseas. One of those performances was staged in the intimate surrounds of Auckland venue, The Wine Cellar. Radio New Zealand engineer Andre Upston was there to capture their endearingly awkward banter and their songs. 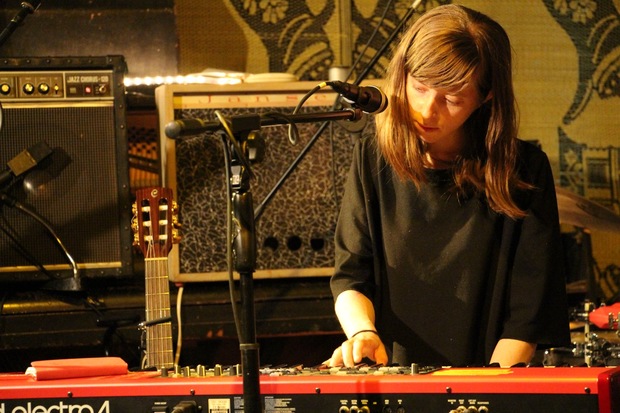 3:30 Stages: The Cabana
Anthonie Tonnon visits New Zealand’s most talked about places to see music, from big city institutions to port town oddities and near-mythical stages in the bush. While on a long summer tour this year, Tonnon met the organisers and audience members that keep our stages running, and collected stories from the bands who travel to play them.

This week he visits The Cabana, a music venue in Napier once known as a "den of iniquity", and hears tales from the golden days of rock 'n' roll touring in New Zealand. 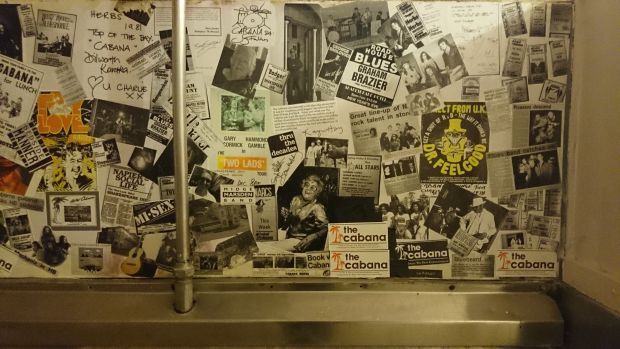 Ephemera in the men’s toilet at The Cabana / Photo by Anthonie Tonnon. 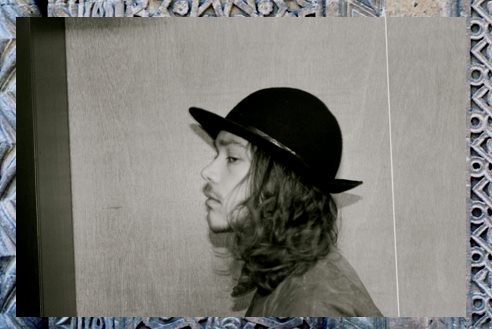 4: 05 The Mixtape: Ria Hall
Since first appearing on the musical horizon as front person for reggae band Hope Road and backing vocalist for Hollie Smith, Ria Hall went on to release a solo EP in 2011 and, a few years later, to feature on Stan Walker’s Te Reo hit ‘Aotearoa’. Hall has been focussing on non-musical projects this past year, such as hosting AIA Marae DIY on Maori Television (to be broadcast on TV3 in 2015).

For The Mixtape, Ria Hall joins Melody Thomas to reminisce over the songs that soundtracked her youth. 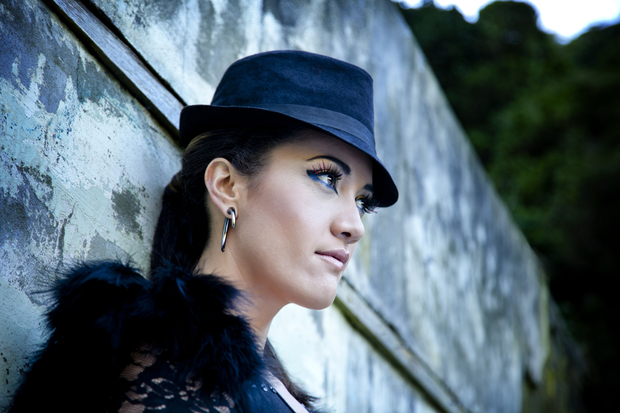 Anatomy of a Song: Ladi 6 "Ready to Fly"

A History of Student Radio pt 4

Artist: Whipping Cats
Song: Fighting cats can’t be bargained with
Composer: No details given
Album: The Gruesome Numbers: A musical from beyond the grave
Label: Private

French for Rabbits Live at the Wine Cellar