Amy Winehouse
We remember troubled soul diva Amy Winehouse with an interview from 2004, a snapshot of a fresh-faced 21 year-old who had just released her debut album. Listen to the interview with Amy Winehouse here

Hollie Smith
Soul singer Hollie Smith talks about collaborating with Electric Wire Hustle's Mara TK for 'Band Of Brothers Vol 1', the first in a series of albums which has pushed her out of her comfort zone and into trying new sounds. Listen to the interview with Hollie Smith and Mara TK here

Lucky Paul
We meet a NZ producer and drummer who has studied percussion in Brazil, India and Korea before settling in Berlin and making an E.P. which has been welcomed in the 'Beat Music' scene. We catch him in Toronto, where he's been recruited as the drummer for Feist's upcoming world tour... Lucky indeed. Click here for the interview with Lucky Paul

Chants R&B
Christchurch garage rock band 'Chants R&B' were one of the the wildest bands in the country in the mid-60s. A couple of film-makers have collected live footage from that time, and interviews with the band to produce 'Rumble & Bang', which starts screening this week as part of the International Film Festival. We speak with the director Jeff Smith. Hear Chants R&B live at Wild Things 2007 here.Part two here.

The Sampler: Frank Fairfield
Nick Bollinger reviews the latest album from this old-timey, mountain dwellin' fiddle 'n' banjer player - and is surprised to learn that Frank Fairfield is a 25 year-old Californian.

Steve Kilbey and Ricky Maymi
Steve Kilby, frontman for Australian band 'The Church' has teamed up with multi-instrumentalist and serial member of 'Brian Jonestown Massacre' Ricky Maymi for a project called 'David Neil: The Wilderness Years'. We find out more about their curious collaboration and they play songs live in our studio. Listen to the session with Steve Kilby and Ricky Maymi here

Adventures in Musicland: Fela Kuti
The story of the charismatic, hypnotic and electric performer who invented the afrobeat sound of West Africa and became Africa's first true rock star. Born out of the revolutionary spirit of newly independent 1960s Africa, Fela Anikulapo Kuti is arguably Africa's greatest musical phenomenon. Fela's music spoke of injustice, courage, and African-ism - topics that had rarely been touched on in popular African music. His work inspired millions, and provoked the rage of the Nigerian government, resulting in numerous atrocities inflicted upon Fela, his musicians, his family, and his commune of supporters. This feature draws on anecdotes and memories of the man, supplied by a handful of West African musicians who played with Fela Kuti, and understood his various complexities. Following a recent trip to West Africa, Auckland-based DJ Barnie Duncan has compiled a rare, intimate view of Fela from those who knew him well. Coinciding with the anniversary of his death, this is a not to be missed encounter for lovers of African music, and newcomers alike. 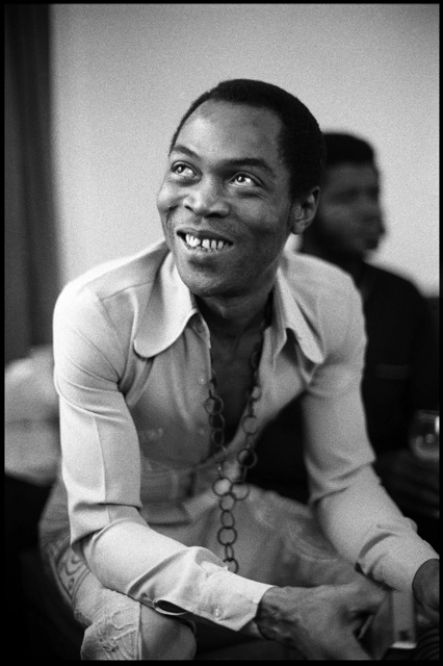 GZA
The nine-strong hip hop super group 'Wu-Tang Clan' joined forces in 1992, serving up a heady brew of gritty raps, Eastern philosophy and samples from kung fu films. While Wu's hard-living court jester Ol' Dirty Bastard passed away in 2004, the Clan is still going strong, with a back catalogue that is one of the most celebrated in rap history. We speak to GZA about revisiting classic material. Listen to the interview with GZA here

Mr Roberelli
The winner of this year's best children's song award. Listen to the interview with Rob Wigley of Mr Roberelli here