The Harbour Union
Gravelly voiced country-noir singer Delaney Davidson talks about The Harbour Union - a collective of Lyttelton musicians including The Eastern, The Unfaithful Ways, and Lindon Puffin who have produced a fundraising album to help rebuild their beloved port town. 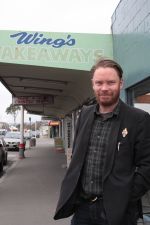 NZ On Air - Making Tracks
Chief Executive of NZOA, Jane Wrightson, talks about the changes to their music funding.

Charles Bradley
At age 62 Charles Bradley has just released his debut album. The veteran soul singer has seen some hard times but things seem to be looking up thanks to a recording contract with Daptone Records. Listen to the interview with Charles Bradley here 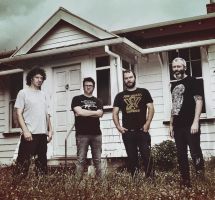 Beastwars
Wellington Stoner-metal band Beastwars (pictured left) is making big riffy waves with reviewers and live audiences - they talk about the good work ethic that comes with being older and wiser. Listen to the interview with Beastwars here

Between Glam and Glory is the story of the Clevedonaires from Clevedon who became the Cleves in Australia and Bitch when they tackled the British and European market in the early 1970s. After recording a classic progressive rock album in Australia the band headed to the UK where they were being groomed for success by Warner Brothers and booked by the same agency that looked after the Rolling Stones and Queen. Keith Newman talks to brothers and sister band members Ron, Graeme and Gaye Brown and bass player Rob Aicken. Hear part one and see photos here