Tricky old Tricky doesn't give us the slip... We track him down to talk about the genetics of his new album Mixed Race, and his interest in a local collaboration...Listen here.

Klaxons bassist Jamie Reynolds talks about their Mercury prize follow up, Surfing The Void, and some significant influences. Listen here.

The Fourmyula join the New Zealand Music Hall of Fame this week - we drop in on the celebration. More about The Fourmyula here.

School of Seven Bells harness the power of now on their sophomore album Disconnect From Desire. Listen here.

We hear from Christchurch musicians and venue owners about the state of the city's venues following the earthquake. Listen here.

Zebedees is a not-for-profit all ages venue in Christchurch. In its first incarnation it hosted dance parties but syncopated beats have given way to pulverising guitars. Shaun D Wilson joins an influx of teens ready for a hard night of head banging. Listen here.

A round up of live shows happening (or not) around the country.

We head to the APRA Silver Scrolls song writing awards held in Auckland on Wednesday. Throughout the ceremony, the finalists' songs are rearranged and performed in unusual ways, by artists that may surprise you. We trace the creative process - overseen this year by musical director Karl Steven - and experience the excitement of the big night. More, including audio, here

Fresh faces from the North Shore scene, The Earlybirds, play songs just for us. Listen here 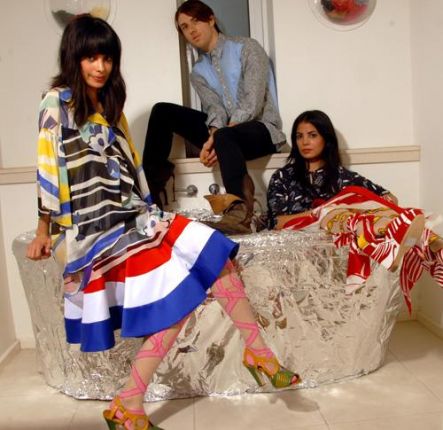