Mick Farren's involvement in the sixties UK counter culture and psychedelic agitprop carved his career path. Today he has over 40 books to his credit and a discography that includes his work with the Deviants, Pink Fairies, and Hawkwind. For Access All Areas Trevor Reekie talks to Mick Farren about prose, poetry and what ever happened to the revolution?

Southern metallers El Schlong are on a trip home from their big OE in London. Back in New Zealand to record their second album, Leah Hinton takes us inside their intricate compositions. Listen here.

Giving the back-room boys some love we report back from the Tui Techies.... where the winners of the technical sections of this year's NZ Music Awards, and the finalists for the main awards, were announced this week.

Naked and Famous bare all the details on their debut album Passive Me, Aggressive You. Listen here.

Creativity in a Box: An investigation into how limits, constraints and boundaries affect music composition. Nick Atkinson speaks with Sean Donnelly, Matt Black of Cold Cut, Jack White and many others who prefer to limit the scope of their invention to best enable it. Listen here. 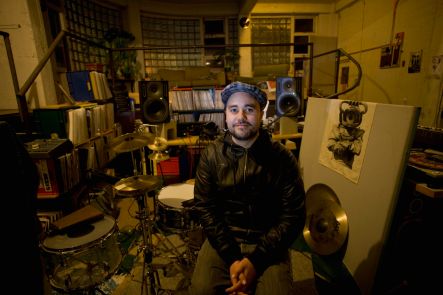