Arhoolie Records founder Chris Strachwitz has a life long passion for documenting some of America's finest roots musicians. Trevor Reekie talks to him for For Access All Areas. Listen here 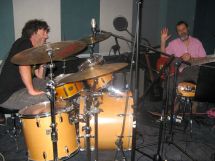 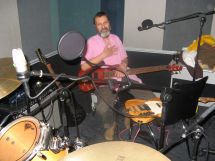 Doug Jerebine, legendary NZ guitarist who played in The Brew in the 60s and set the template for Human Instinct returns from over 30 years living within the Hare Krishna religion in India to play us a couple of songs on his own invention- the raag-taar. Listen here

The Flying Nun is dusting off her habit - we talk to Grayson Gilmour, Roger Shepherd and ex Sneaky Feeling David Pine about the label's revival. Listen here

And a nationwide roundup of gigs - just announced, coming up this week and our picks of the past week.

South Auckland rapper Young Sid talks about new beginnings, and his struggles to keep his hood's message from tarring the messenger. 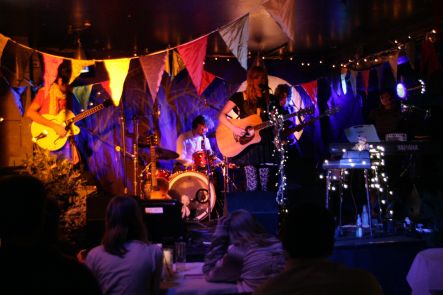 Miriam Clancy and band live at the Bacco Room, photo by JP Winger

Miriam Clancy's second album Magnetic made music reviewer Nick Bollinger "think of the daring, eclectic and uncategorisable things that some of the supposedly mainstream pop singers did back in the 60s - people like Dusty Springfield or Sandie Shaw … the starting point is always a strong song with the fundamentals like hooks and good lyrical ideas firmly in place. Which means that a more stripped down track … is no less effective than the more epic ones."