Christchurch MC J-Dubs gets a helping hand from his local heroes. Listen here

P-Money talks us through cuts from his new album, which forays into boogie funk, stadium rave and house music as well as his first love, hip hop.

Balladeer/scientist Jordan O'Jordan plays us a song or two before departing on a tour of NZ's musical nooks and crannies. Listen here

On the night the band played a set from each songwriter. Here we have a selection of Liam Finn's songs taken from his successful solo debut 'I'll Be Lightning'; Liam & E.J.'s recent EP Champagne In Seashells; and a collaboration - the group's "theme song" Having A Baby. Listen here 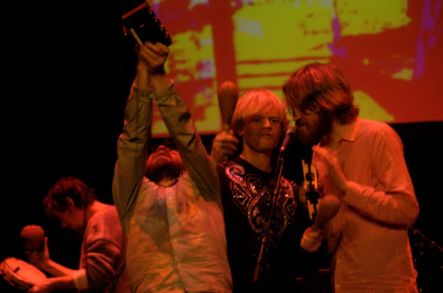