Husker Du's Grant Hart on getting his show on the road.

We've got Ragamuffin through the eyes and ears of Katchafire's Logan Bell.

And gigs to watch out for in the coming months.

Three Days of music and mayhem set in an historical agricultural college outside of Bulls.

It's the fourth A Low Hum Festival, which has supported a legion of musicians who have since gone on to greater recognition- Liam Finn, Lawrence Arabia, and Connan Mockasin are all Camp A Low Hum alumni.

The exciting local line-up was this year expanded by a smattering of Australian bands, and other internationals including The Dodos, Jens Lekman, Polka Dot Dot Dot, Dent May, Dan Deacon and Daedelus.

Kirsten Johnstone enrols for a weekend of music and fun- in the gymnasium, in the barn, in the emptied out swimming pool stage... 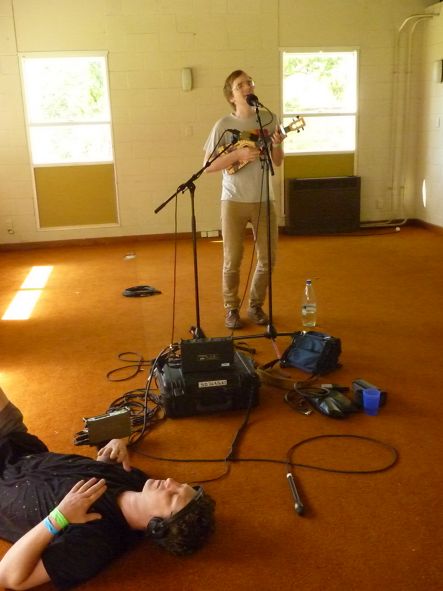 RNZ Soundie Shannon McKenna enjoying a session with Dent May

Nick Bollinger checks out Blakroc- the collaboration between grimey blues band The Black Keys and some of hip hop's finest.