The Music 101 team are quite fond of the dark, gothic, and spooky - and it's a well known fact that the devil has the best music - so we'll be indulging in Halloween this week - let us know about your favourite musical tricks and treats...

The Velvet Underground: An Illustrated History of a Walk on the Wild Side captures behind-the-scenes moments of the iconic band. For Access All Areas Trevor Reekie talks to author Jim DeRogatis, music critic at the Chicago Sun-Times. 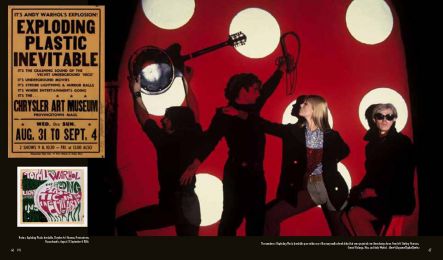 From The Velvet Underground: An Illustrated History of a Walk on the Wild Side distributed in New Zealand by: www.bookreps.co.nz

Meet the players in the surf rockabilly group fronted by Supergroove's Karl Steven - The Drab Doo-Riffs;

We say a teary goodbye to our Music Mix producer Sam Wicks, who's about to take over as editor of Real Groove magazine.

King Crimson reflect on 40 years in the court of the crimson king.

Attend Punkfest, one of the country's longest running DIY festivals, for a lesson on homemade hell raising.

The Spooky Sounds of the Theremin:
The musical instrument synonymous with creatures of the night, haunted houses, aliens and spaceships comes under the spotlight for Halloween.
The Theremin has a ninety year history that involves Russian Communist leaders and espionage, providing the distinctive theme music to The Day The Earth Stood Still and Bride Of Frankenstein, being played by The Beach Boys and Portishead as well as having a prominent role in countless horror movies. It is the only instrument that can be played without touching it.
Kirsten Johnstone investigates the bizarre history of the Theremin, meets a local player, and gets the soldering iron, circuit board and coat-hangers together to make one for herself.