We check in with Trevor Reekie who'll be hanging out with guitar legends Joe Satriani, Glenn Hughes (Deep Purple), Gilby Clarke (Guns n' Roses) and others at the Taranaki Guitar Festival.

Songs (that's the name of the band, pictured below) will play us some…songs, in a Music 101 Session.They're a Sydney based, three-quarters New Zealander indie-pop group, playing classic Flying Nun jangle in Australia. 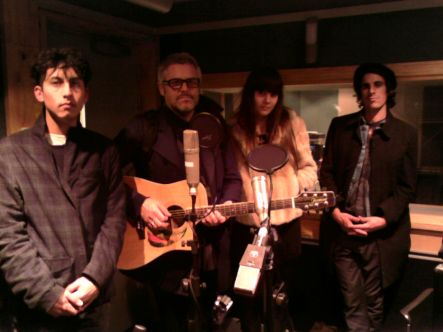 On the Sampler Troy Ferguson explores both sides of the Libertines split, listening to new albums from both Dirty Pretty Things and Babyshambles.

Musical Chairs features Ruia Aperahama Hareruia Terry Aperahama - 'Ruia' to his fans - hit gold with band Southside of Bombay and his top-five-charting hit 'What's the Time Mr Wolf' in 1994. Since his departure from 'Southside', Ruia has gone on to build a vibrant solo career in the studio and on the road.