With the Homegrown festival on this weekend, we thought we'd curate a mini Homegrown of our own... with live songs we've recorded from artists performing at the sold-out event on the waterfront in Wellington.

We also hear from Shihad, who have just released their seventh album, Beautiful Machine.

Hear an interview with Jake Burns of Stiff Little Fingers 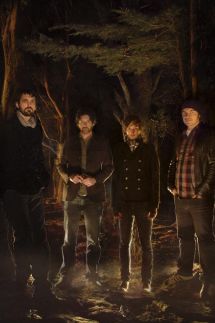 Access All Areas celebrates 1968, the explosive year that changed the course of pop music and political consciousness

Nick Bollinger reviews the new record by odd couple Gnarls Barkley, and a blues rock album by The Black Keys produced by Dangermouse.

Grand Prix (pictured) are a Wellington-based, four piece band with alt-country roots and a penchant for songs about racing, victory, defeat, burning rubber and death. However "none of the songs are really actually about cars".