The first tranche of the government’s $55 million Public Interest Journalism Fund has been allocated - against a backdrop of criticism it could skew reporting of political issues.

Māori journalism projects and a new training initiative are the major beneficiaries of the first $10m, but some of the money goes to things already funded from the public purse. 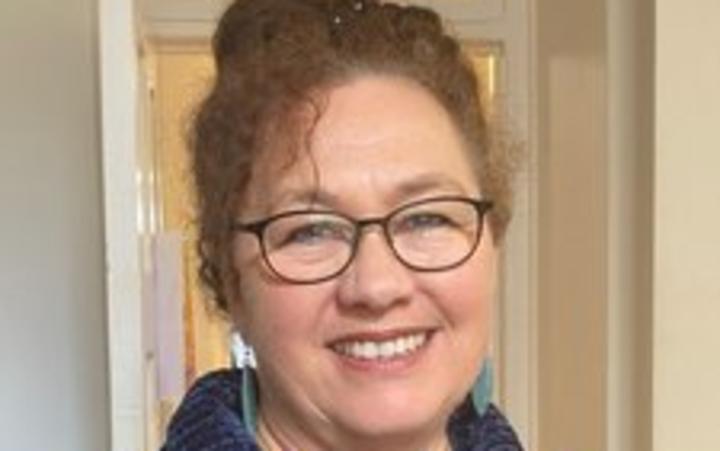 Last February the Minister for Broadcasting and Media Kris Faafoi chose the premises of the Otago Daily Times - one of the country’s oldest papers - to announce that $55m would be spent over the next three years to sustain local news and journalism.

It is the biggest single public investment in journalism for decades and takes the total annual spend on media to over $300m. (There’s another $20m up his sleeve if Cabinet thinks the media need that too.)

Media companies big and small, local and national, public and private alike can all apply to the fund - including those which have never had public money before.

Kris Faafoi insisted that the fund would be dispensed at arm’s-length from all politicians. The government’s broadcasting funding agency NZ On Air has that job, though its board members are appointed by the Minister of Broadcasting.

NZ On Air previously announced there would be “three pillars” for the fund: specific content to be delivered to a deadline; employing staff in newsrooms around the country and ‘industry development” projects such as cadetships and training.

“NZ On Air intends to work with the Māori and Iwi journalism sector to ensure parity of need and interests within the sector,” the guidelines said.

The guidelines also invited proposals that “report from perspectives including Pacific, pan-Asian, women, youth, children, persons with disabilities [and] other ethnic communities” — as well as those “made by Māori about Māori perspectives, issues and interests prioritising the needs of Māori .”

This was a change of focus for NZ On Air, whose website says:

“Because of the significant public funding available for Māori content provided through Māori  Television and Te Māngai Pāho, we allocate funding for Māori programmes as a relatively modest proportion, given our other statutory requirements.”

At a NZ on Air summit in June, NZ on Air’s recently appointed Head of Journalism Raewyn Rasch told media representatives she was disappointed by some of the applications.

“Whether (they) provided public interest journalism, not just business-as-usual journalism, was in question,” she told online service BusinessDesk.

Rasch said had been in touch with the shortlisted news organisations to “fine-tune ideas”.

“We are also particularly conscious of the need for more diversity, and Māori, Pacific, and Asian journalism,” she told BusinessDesk in June.

Participants were also told they had failed to fully grasp the need to collaborate.

“I know it caused a lot of grinding of teeth in the industry and there was pushback. But the conversations wouldn’t have happened in any other situation,” NZ on Air head of journalism Raewyn Rasch told Mediawatch.

Where the money will go

Around 40 per cent has gone to projects benefiting Māori journalism.

A training programme called Te Rito aims to train and hire 25 journalists and cadets to inject more Māori and “diverse voices” into the news media. Te Rito is a collaboration between Māori Television, Newshub, NZME, and Pacific Media Network and others media organisations in support.

Other funded projects include a boost in funding for Auckland urban Māori station Radio Waatea to deliver programmes and news to 20 Iwi stations around the country, and The Rotorua Weekender will print a weekly bilingual section.

Non-Māori-specific projects include a BusinessDesk series on how our public service measures up and a follow-up to the Inside Child Poverty documentary which screened 10 years ago. (The funding of that created a political interference controversy when a National-led govt was in charge.)

Programmes and investigations on what will happen when the Alpine fault ruptures, the spread of type 2 diabetes and how to fight public health misinformation have also been funded on a range of platforms - many of them not run by the big names in local media.

Rasch said journalism in the regions been “particularly hard-hit” and must also be a priority.

But a separate currently publicly funded initiative – the Local Democracy Reporting Service – is already up and running and being expanded.

“That is working and providing news to local and regional areas that probably wouldn’t have been there otherwise. We are very careful about duplication. The LDRS is very focused on local government reporting and the Local Focus videos are a broader look at community news,” Raewyn Rasch told Mediawatch. 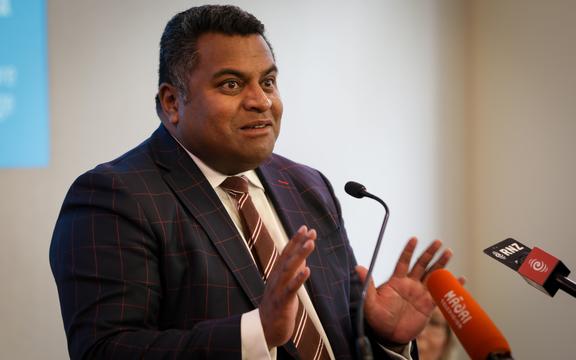 Opposition politicians have complained the media will be reluctant to bite the government hand that’s feeding them more in future.

“$50 million paid to the media last year; another $55 million this year. Does that buy compliance?” asked National Party leader Judith Collins in an interview on Facebook this week.

“You have the government helping out the media because they say it’s good to have the media but: ‘You have to say what we think’? I don't buy it. And I don't think the media should buy it, but obviously some have completely drunk the Kool Aid,” she said.

“Why is it part of the conditions that you have to promote the principles of the Treaty of Waitangi? What the hell’s this got to do with a free media and free speech?” she asked.

Some commentators see fish-hooks in it too.

"Any news outlet that seeks money from the fund is signing up to a politicised project whose rules are fundamentally incompatible with free and independent journalism,” former editor Karl du Fresne said in a recent letter to the Dominion Post.

Writing about “The dangers of putting media on the government’s payroll,” Graham Adams said the role of the Treaty should play in our constitutional and political arrangements is a hot issue at the moment.

“But any journalist who wanted to revisit dissenting views on the Treaty as a partnership — as former PMs David Lange and Geoffrey Palmer had done — would be out of luck,” he said.

Would proposals wanting to explore - say - He Puapua be considered  - or deemed out of sync with Te Tiriti principles?

“We absolutely want to encourage conversation but we want to ensure that it is fair and that it is coming from an understanding of what Te Tiriti is actually about - so we are not just getting into a polarised debate. We want to make sure both sides of the story can be told. I don’t see why that would be bad,“ she said.

“I take offence at some of those comments. I do not see how encouraging and incentivising our media to understand our founding document and provide better engagement with all New Zealanders is a bad thing,“ Raewyn Rasch told Mediawatch.

“They are confusing two things. The fund does not editorialise on how they cover issues or what they say in their coverage. But it does require that they understand Te Tiriti principles. So if you understand those and you want to be critical of those, then all well and good,” Rasch said.

“But many media organisations do not understand Te Tiriti and the conversations they are curating run the risk of being biased, racist and not delivering to the Te Tiriti partner - Māori or tangata whenua,” she said. 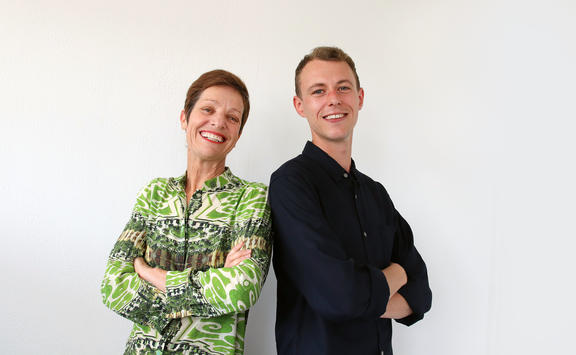 Some of the things bankrolled by the new fund were already funded by New Zealand On Air, such as RNZ and Newsroom’s daily podcast The Detail, the Local Focus regional news videos hosted by NZHerald.co.nz and the TV news for Dunedin-based Channel39, The South Tonight.

Radio Waatea’s current affairs show Paakiwaha, which receives $430,000 from the new fund, has been on air for years.

Is that “business as usual” which Rasch said the fund was not for?

“Because those things were already funded it makes sense for them to come into the journalism fund. It’s basically tidying things up and putting them all in context with all the other journalism projects. But they still had to compete against other projects and they all met the requirements of the PIJF,“ Rasch said. 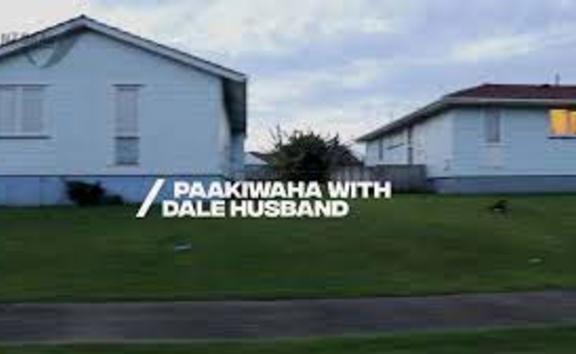 “Paakiwaha will turn into a morning current affairs show that is essentially a Māori ‘Morning Report'. At the moment it’s interview-based but we are beefing it up with journalists so it will actually be able to go out and cover news and events,” Rasch said.

There are several journalism training schools and tertiary courses available around the country – as well as internship programs at media companies. Is the Te Rito training programme a declaration that these have failed to deliver Māori  and Pasifika journalists to the media?

“There is a huge need. At the moment no institution is training Māori journalists and the training has been funneled into three-year degrees. The number of applications we have from the industry shows the need to bring more into the journalism sector and train them with hands-on skills they feel they need in the newsroom,“ she said.

“In particular Māori journalism is at a crisis stage because what tends to happen is that at the moment the only training is by Māori Television who identify some stars from kura, bring them in and then they are poached,” Rasch said.

For some projects, the relevance of Te Tiriti o Waitangi principles may not be obvious.

For example, Fault Lines, billed as “explanatory journalism looking at the science behind, and the communities at risk of, the rupture of the Alpine Fault.”

“Te Tiriti actually comes into everything, When we first looked at that proposal, we noted that there was no Māori content in their proposal at all. So we went back to the proposers and had a chat. They have come back with the project that's stronger because now they’ve had some engagement with Ngai Tahu who have lots of experience earthquakes and how it affects the community," said Rasch.

"I think we have strengthened their proposal because now it has an element that will actually provide for Māori audiences and also a viewpoint other audiences may not have seen before. It wasn’t a requirement that was onerous and I think they would say themselves that it’s a good thing,” Rasch said

“I’m not sure why in 2021 I need to explain to media that actually it’s important that Māori voices are seen and heard,” Raewyn Rasch told Mediawatch.