Midweek Mediawatch: Reporters criticised for being too critical

Mediawatch's weekly catch-up with Lately. This week Hayden Donnell talks to Karyn Hay about a new semi-secret start-up for journalism, more movement from former makers of Bauer magazines after the sale of the company - and criticism of the media's coverage of 'botch-ups at the border'. 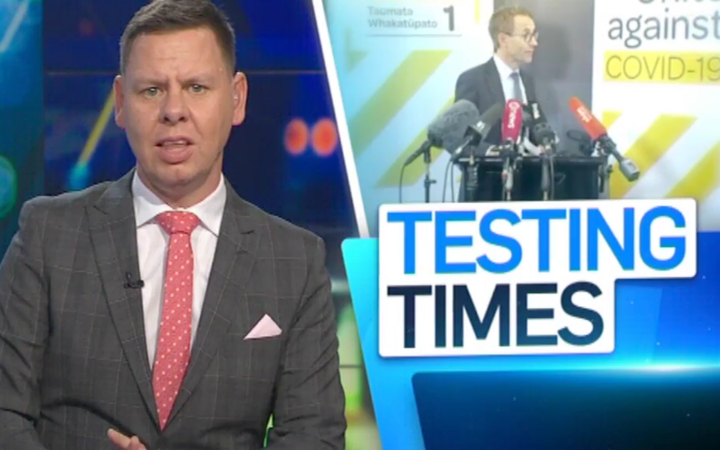 Reporters criticised for being too critical on border failures

In recent weeks, the media has played a crucial role in New Zealand’s Covid-19 health response. Journalists including Kristin Hall of 1 News and Newshub’s Michael Morrah have driven health officials to carry out much needed reforms after uncovering a series of safety concerns over the procedures in place at managed isolation and quarantine facilities.

Much of the follow-up reporting on the failings their stories revealed has also been valuable. Journalists have insistently questioned director-general of health Ashley Bloomfield over the number of people who have left isolation facilities since June 9 without being tested for Covid-19. It was deeply concerning that he couldn’t supply that number for several days.

But some of the reporting and commentary that’s emerged has been questioned. On Monday’s episode of Newshub’s The Project, Patrick Gower made a plea to test everyone coming into the country at the border.

Gower has done useful reporting on flaws at managed isolation facilities, including a story showing Auckland’s Pullman hotel had hired out a room that was being used for exercise by isolated guests as a birthday party venue.

However his plea for border testing has been criticised as misinformed and unhelpful. Bloomfield addressed it at a media briefing, saying testing at the border would fail to pick up many cases of Covid-19 and would needlessly use up the country's limited supply of swabs.

In the Herald, Fran O’Sullivan argued for a Royal Commission into the border failures. Royal Commissions have recently been reserved for disasters including the March 15 terror attack, the Christchurch earthquake, and the Pike River mine disaster. Our border problems don’t yet appear to be on that level of those catastrophes.

Some of the more feverish commentary has been amped up by the National Party. On Wednesday, the party's leader Todd Muller idly mused that community transmission of Covid-19 had returned. That would be disastrous, and would mean moving the country back into a form of lockdown, but there isn't yet any evidence for the statement. 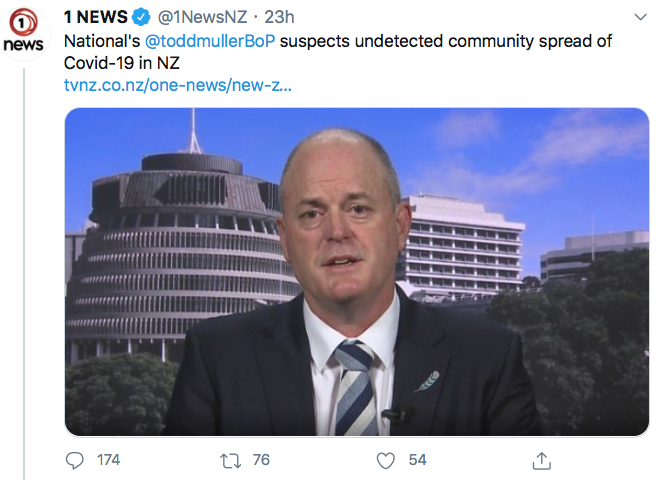 Muller wasn't alone in broadcasting potentially irresponsible claims. His health spokesman Michael Woodhouse told The AM Show last week that a homeless man had snuck into an Auckland managed isolation facility by pretending to be a recent arrival to the country.

That was investigated by officials, who again found no evidence the incident had taken place. Bloomfield suggested it was an “urban myth”. Housing minister Megan Woods, who’s now in charge of managed isolation and quarantine facilities, sent Woodhouse a strongly worded letter urging him to back up his claim with evidence. That hasn't been forthcoming so far.

The general tenor of the commentary prompted academic Jack Vowles to urge the media to calm down, in an opinion column for the website Newsroom. He argued some of the more strident criticism is serving to undermine New Zealand’s health response, which is still among the best in the world.

“Political criticism from journalists and the opposition is all well and good. It does not serve the country well if it undermines the trust, confidence, compliance and cooperation and ‘kindness’ necessary for New Zealanders to work together against Covid-19," he wrote.

That criticism prompted a sarcastic respond from the Christchurch Newstalk ZB host Chris Lynch. "Nothing worse than New Zealand journalists holding those in power to account. Wish we lived in a dictatorship," he tweeted.

Other journalists were more on board with Vowles' ideas. In the The Press, Martin Van Beynen urged journalists to keep a “sense of perspective”. “While it’s true the botch-ups threatened all the good work put in by thousands of New Zealanders and no excuses should be accepted, the alarm of the last week could turn out to be unjustified. That could change but it probably won’t,” he said.

Despite that criticism, much of the recent media reporting on the border failings has been measured. Just over the page from Van Beynen’s column criticising the sensationalist media, the Christchurch Press carried an  editorial dismissing calls to sack Bloomfield over the crisis.

Several of the more notable exaggerations have also been quickly corrected. Woodhouse’s apparently inaccurate claim was investigated thoroughly by multiple reporters across several different news organisations, including RNZ’s Checkpoint and Newshub. Gower’s plea has also been scrutinised, including in reports from his own news organisation.

The calls from Vowles and others to stop undermining the health response are also difficult to implement on a practical level. It's hard for reporters to hold power to account while also trying to maintain something so nebulous, and unpredictable as public confidence. Better to just do their jobs. This is still the most important story in the country, and so far reporters’ aggressive approach to it has paid dividends in an improved health response.

In general, many of the most ardent media censures come from partisans who would arguably not be so sagacious and forgiving over the border failures if National was in government.

But at some point, it may be worth asking whether the facts of this story marry up with the language used in some reporting. No-one has died as a result of the border failings. There’s no evidence they have resulted in community transmission of Covid-19. The country is still at alert level one.

If those facts remain, then it may no longer be accurate to describe this as a border calamity, catastrophe, or fiasco. To use Bloomfield’s words, it may simply be a mistake that’s being sorted.

Over the last week or so, several journalists around the country have been contacted by a person who’s working for a mysterious, unnamed private trust. They’ve been told the trust is looking at setting up an investigative environmental website in the style of Canada’s The Narwhal. There are few other details, but journalists have been asked for their input on what the new publication should cover.

I rang the person responsible for sending these emails. She wasn’t prepared to name the trust she was working for, saying they’re media-shy and unwilling to give interviews. However, she would confirm the trust is based in Nelson and has a wide range of philanthropic interests. It’s likely to be putting up a job advert for the environment-focused website in the near future.

Though the trust’s intent seems laudable, several of the journalists I’ve talked to have questioned whether setting up a new environmental website is the best use of its money. They’ve pointed out that you could pay the salaries of several investigative environmental journalists in existing publications with established audiences for less than the cost of setting up a new venture.

There’s also the ethical question of whether it’s ethical if the trust wants to remain anonymous. Overseas publications like right-wing US website The Federalist have been criticised for not declaring their backers, with critics saying it leaves open the question of whether there’s hidden motivations behind reporting.

Another publication from the Bauer diaspora

On April 2, around 200 staff were laid off when Bauer Media shut down its New Zealand operations. It seems quite a few of them got back to work almost immediately. A series of new publications have been launched by former Bauer workers in recent weeks. The Capsule NZ website was set up by former editors from magazines including Next and the Women’s Weekly, and the zine Essential Services was put together by former Metro editor Henry Oliver, with help from funding from Britomart.

Now former Home editor Simon Farrell-Green has put out the magazine Here, which focuses on New Zealand architecture. Its first issue includes a series of photo spreads of beautiful buildings and a story on people’s lockdown residences, which includes a picture of prime minister Jacinda Ardern and her family at Parliament House. Here is available for sale in supermarkets now.