The journalists who helped save New Zealand's health response

Analysis - When TVNZ's 1 News aired Kristin Hall's story about failings in several of Auckland's quarantine facilities on 11 June, it seemed out-of-step with the national mood. 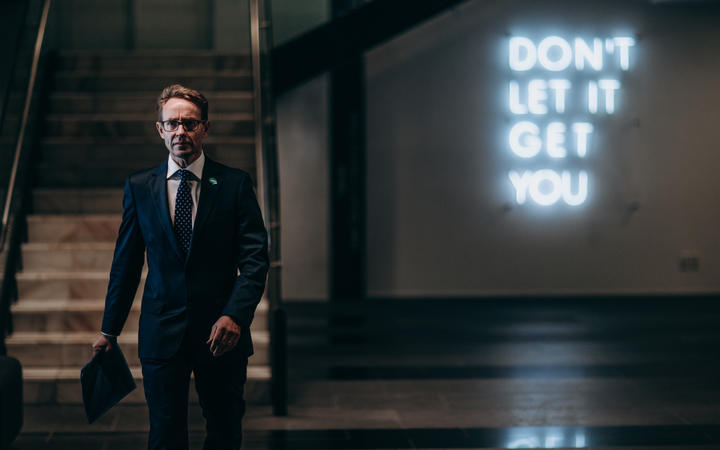 People were gearing up for two sold-out Super Rugby matches. Crowds were flocking to a new shopping complex in Auckland's Commercial Bay. A Wellington store had hung an effigy of Ashley Bloomfield as a halo-bearing saint in its window.

Amid the celebration, Hall's story painted a picture of a managed isolation system beset by failures.

At the Crowne Plaza hotel in Auckland, supposedly isolated guests were going out on walks where they mingled with members of the public. People who had just about served their 14 days in quarantine were hanging out in smoking rooms with others who had just arrived at the facility.

The story turned out to be a harbinger of a crisis to come. Two days later, as Bloomfield grinned by his beatific likeness in that Wellington storefront, two Covid-19-infected women were driving the length of the North Island. They'd been released early from one of the Ministry of Health's (MOH) quarantine facilities without getting tested for the virus.

The MOH might have been able to play off that failure as an isolated incident if it hadn't been for Hall's earlier stories. Instead the floodgates opened for stories on quarantine mismanagement. 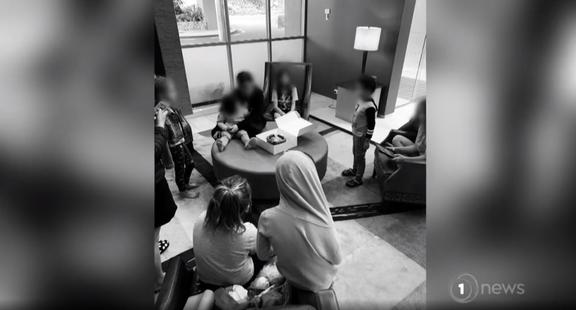 Hall received so many tips about policy breaches at MOH facilities, she almost couldn't keep up with the litany of errors. In one particularly concerning story, she reported a children’s birthday party had been held inside a quarantine facility, with kids who arrived on different flights, on different days, all attending.

"The [child] proceeded to blow out the candles, and then a Ministry of Health worker who was assigned to the hotel then came and cut the cake," her source said.

Newshub's Michael Morrah joined in with stories of his own, revealing concerning practices in our only real remaining line of defence against Covid-19.

On Wednesday, he reported that a large group of people had been allowed out of a quarantine facility in Christchurch to attend a burial, in contravention of the government’s alert level one rules.

Morrah has also covered failings in the MOH’s distribution of PPE to hospitals and care facilities across the country.

His stories were backed up by a report on PPE from the auditor-general this week, which found organisational failures and mixed messaging from the Ministry.

Taken together, the reports paint a picture of a dysfunctional and disorganised health response.

The wave of bad news has tarnished Bloomfield's reputation, at least temporarily.

Newshub's Tova O'Brien asked him repeatedly whether the public could trust him anymore on Thursday, after he erroneously asserted that the Covid-19-infected pair from the Novotel in Ellerslie hadn't made any stops during their journey to Wellington. 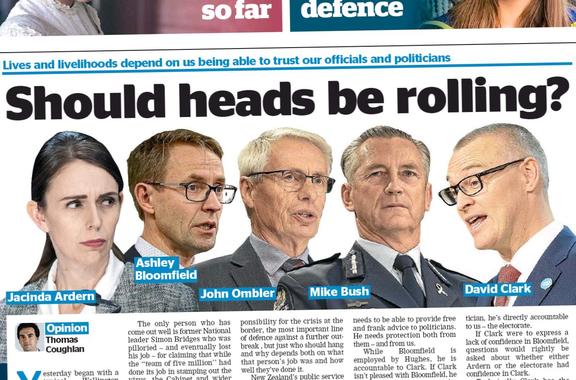 The front page of The Press on Friday June 19. Photo: PHOTO / RNZ Mediawatch

Newstalk ZB's Mike Hosking called on him to resign during a heated interview.

More importantly, Hall, Morrah, and others' stories fuelled a public outcry over ineptitude in our managed isolation facilities, and helped drive the government and MOH to make urgent reforms.

During that Hosking interview, Bloomfield guaranteed that no-one else would leave managed isolation without testing negative for Covid-19.

Elsewhere, the Ombudsman has committed to carrying out inspections of isolation facilities, the military appears to be taking a more active role in organising how those facilities are governed, and the government has clarified that Housing Minister Megan Woods - rather than embattled Health Minister David Clark - will oversee managed isolation and quarantine.

Those reforms might be enough to make sure New Zealand avoids a Covid-19 catastrophe in the coming weeks. If that's the case, we can thank good, persistent reporting for making us all a little bit safer, even if it came at the cost of Bloomfield's halo.