RNZ has made public more documents about the controversial changes to RNZ Concert which sparked a public and political backlash in February. They show RNZ made a bid for an extra frequency but backed away from it - and the probable cost of RNZ’s new plan to expand music output. 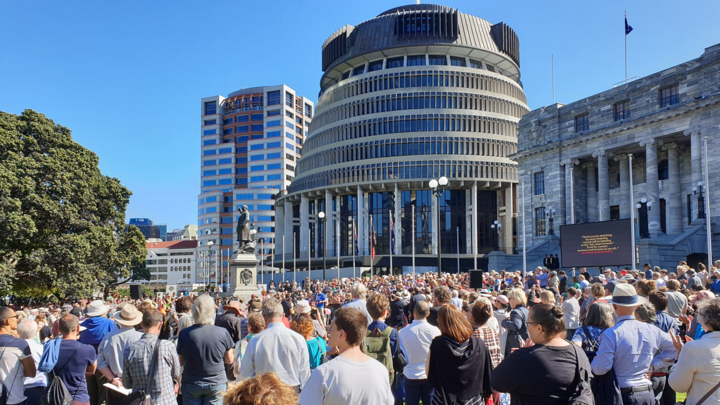 RNZ’s plan to reduce RNZ Concert to an automated service on AM radio and online - and use its precious nationwide FM frequency for a new service to attract a young audience - was part of a strategy for music that was months in the making.

The government and the Ministry for Culture and Heritage (MCH) knew about the strategy from last year, but the proposal was a shock to staff and listeners alike when it was made public in early February.

Most RNZ Music staff would have been made redundant and new people hired for the new Auckland-based service designed to reach younger listeners under the plan.

At the time, RNZ said the cuts to Concert and existing staff were necessary because the new strategy had to be funded within existing budgets.

But the cuts were reversed in mid-February after a headline-making backlash.

Cabinet subsequently approved the release of an unused FM frequency for the new service to enable RNZ Concert to carry on using its existing ones - and pledged to support the new service for younger listeners too.

So why was the simple solution of deploying the unused frequency - which was actually set aside for a youth network years ago - not part of the plan all along?

In response to requests from the public and the media under the Official Information Act, RNZ has released emails, text messages, meeting notes and briefing papers. Also included is a timeline going back to October 2017 for Parliament's Economic Development Science and Innovation committee report.

Among the other documents is a letter from RNZ chief executive Paul Thompson to MCH chief executive Bernadette Cavanagh on 29 May 2019 to “express RNZ’s interest in retaining the 102FM band for public broadcasting purposes.”

“We seek your support to make this happen,” Thompson wrote, offering to set up a meeting. 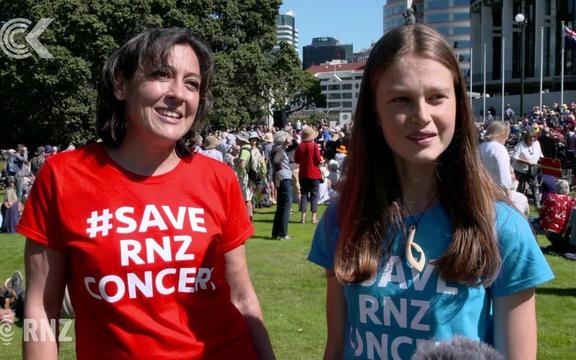 On 7 July 2019 the issue came up again when RNZ briefed the ministry about its new music strategy and its potential implications.

In an email on 30 July 2019, Thompson asked the ministry's deputy chief executive, Colin Holden, to “give the minister a heads-up on “whether we could access the 102FM frequencies for a new service for younger people.”

Holden replied he was "happy to give the minister a heads-up along the lines that you’ve outlined."

Minutes of board and executive meetings in October 2019 make clear the music strategy already involved substituting Concert’s frequencies and redundancies of staff.

On 7 November 2019 the Ministry for Culture and Heritage asked RNZ whether it was still interested in exploring the use of 102FM.

"The plan does not require the new spectrum but if that is an option we would like to explore it with you," Thompson replied.

But after a discussion on 13 November 2019 with MCH about the spectrum, “RNZ decided to progress a plan that would not require it,” according to the published timeline.

The agenda for an RNZ executive meeting the same day says: “102 Frequency – not vital to RNZ.” 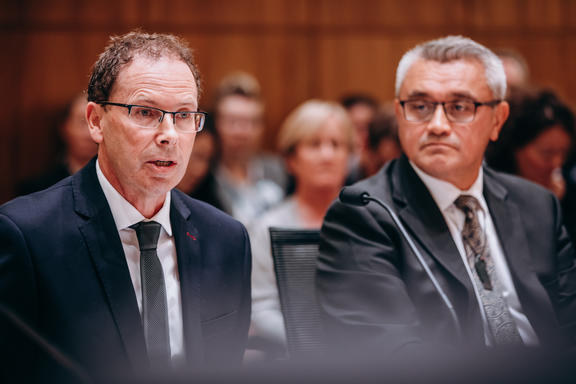 “The advice (from MCH) was that it would be incredibly difficult for RNZ to get access to the (frequencies) with the required funding,” he told the Economic Development Science and Innovation committee.

Thompson told the Committee RNZ was given a “clear steer” by the ministry that "it was going to be unlikely to be achieved.”

(RNZ spokeswoman Charlotte McLauchlan told Stuff yesterday that discussion was verbal - and therefore not in any document released under the OIA. The Ministry has previously refused to comment on that discussion to Stuff.)

At MCH's annual review at Parliament in February, Bernadette Cavanagh said the ministry had not been aware RNZ's board and management would use Concert’s FM frequencies for the new youth radio service.

But a letter from RNZ’s chief executive to a senior policy advisor at the ministry on 28 January makes it clear that it would.

Notes to assist in briefing the broadcasting minister sets out the nature of the new service and adds:

“From the middle of 2020 RNZ Concert will no longer be available on FM but it will still be widely and easily available through online streaming and on-demand services."

The next day an RNZ board member met Broadcasting Minister Kris Faafoi. Peter Parussini recalled in an email the minister had told him Ministry of Culture and Heritage officials were still working out - at his request - the costs of making the 102FM frequencies available to RNZ for the new service.

But Parussini's email says the minister agreed RNZ should continue its plan to announce the music changes to staff the following week.

It’s also clear from the timeline and outlines of RNZ board meetings that Ministry of Culture and Heritage executives and Broadcasting Minister Kris Faafoi were briefed on the developing RNZ music strategy.

Mather and Thompson met the Broadcasting Minister on 20 August 2019. The minister attended an RNZ board meeting on 1 October 2019 and was informed "at a high level" about the new music strategy.

The government’s broadcasting funding agency, New Zealand on Air, was also briefed on 28 January, one week before the strategy was revealed to staff and became headline news.

Email exchanges between RNZ governors released on Tuesday show they supported the music strategy and none discuss the possibility of a backlash in any detail.

In one email, Irene Gardiner suggests rewording a news release about the scope of the youth radio service to avoid offending “our commercial friends".

The cost of the new solution

At her post-cabinet press conference on February 10, Prime Minister Jacinda Ardern said an alternative plan would be drawn up to make additional FM frequency available.

"The issue of the youth radio frequency has actually been something that’s bubbled around for years. Obviously, the trigger here is Radio New Zealand wanting to actually now take that forward," she told reporters.

"Our expectation is that a Cabinet paper will be prepared, which lays out what would be involved in freeing up the 102 FM frequency. There is a potential solution to be found, and we’ll work together on that," she said.

When asked why the unused youth network frequency wasn't in play from the outset, she said the possibility of that was raised directly with RNZ by the broadcasting Minister, and "that was something he indicated he wished to explore but that he would need to bring to Cabinet."

The Board of RNZ welcomed the decision "to look at freeing up an additional FM transmission frequency and to explore funding options for a multi-media music brand."

The same day RNZ prepared an estimate of the cost of broadcasting on a new frequency for the Ministry for Culture and Heritage.

“It was prepared in a very limited time frame. It is an indicative estimate only,” says the document.

Other emails estimate the annual cost of RNZ Concert at $4.5m a year (including personnel, but not the costs of office space, website operations and other shared RNZ resources).

The documents published by RNZ on Tuesday are the second batch released in response to OIA requests about the RNZ music strategy.

Other requests in the pipeline are overdue but respondents have been told the Covid-19 crisis has caused delays.